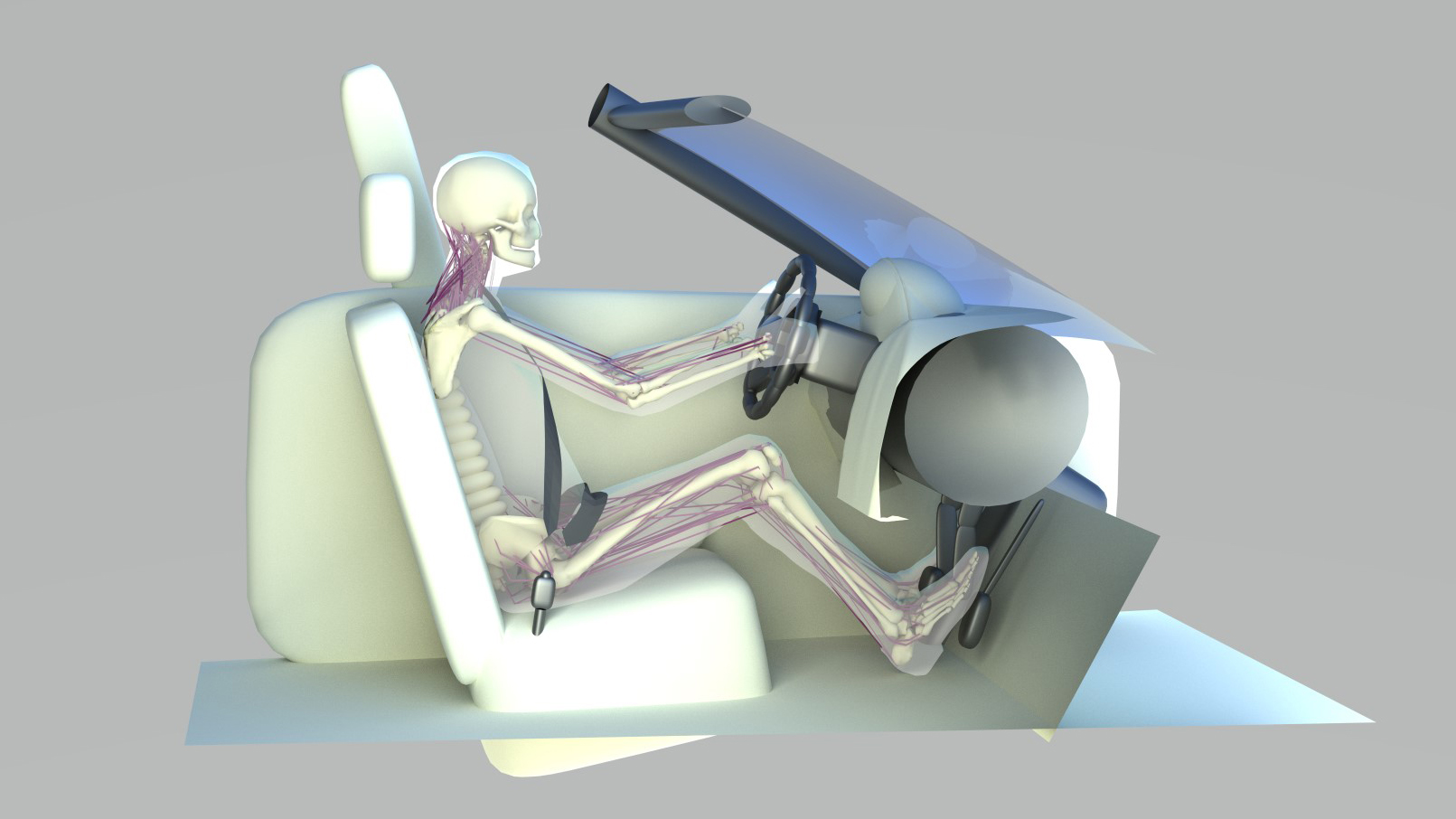 The latest version of the Simcenter Active Human model has been extended with new features including an active shoulder control, strength scaling, and drowsiness, sleep and unconsciousness modelling.

Siemens Digital Industries Software announces the availability of the latest version of Simcenter™ Madymo™ software with significant improvements for speed and accuracy. Used for occupant safety modeling, Simcenter Madymo can simulate the impact of a car crash on the human body using Simcenter™ Active Human software. The latest version offers solver run times reduced by 28% as compared to past versions. A typical crash analysis in Simcenter Madymo may take up to 15-20 minutes, whilst the same in a finite element (FE) code could take several hours. When using Simcenter Active Human, the simulation time of an event of 3 seconds will take approximately 2 hours to complete, when in the past it might have taken up to 4 hours.
Simcenter Madymo contains an Simcenter Active Human which is a digital twin of an average adult male. This model simulates a human body reacting to movements whilst maintaining posture with the use of a unique musculo-skeletal form guided by a control system of sensors and actuators. The latest version of the Simcenter Active Human model has been extended with new features including an active shoulder control, strength scaling, and drowsiness, sleep and unconsciousness modelling. These new features help customers to accurately model human-like reactions, which are needed for a safer autonomous vehicle design. In addition, faster runtimes allow users to more easily and frequently model varying car seating configurations to rapidly build an accurate analysis.
Active shoulder control enhancements allow for lane change studies, as Simcenter Active Human resists lateral motion in a more human-like behavior by holding the steering wheel at scalable strength levels. With enhanced strength scaling, the user can assign varying levels of occupant strength to better reflect the ranges in human resistance to motion. Unconsciousness modeling gives the ability for users simulate the behavior of an occupant who is drowsy, asleep or unconscious. This functionality greatly assists the development of autonomous vehicles where the occupant is no longer in control and the car is at level 5 of automation (fully autonomous).
Simcenter Madymo is the worldwide standard software for analyzing and optimizing occupant and pedestrian safety designs, traditionally focused on the development, testing and validation of passive safety systems of vehicles, analyzing pre-crash and in-crash scenarios. Recently, there is increased importance of analyzing non-crash scenarios as well, especially the analysis of the occupant seating positions, which is affected by maneuvers of the automated driving vehicle. Simcenter Madymo combines Multibody (MB), Finite Element (FE) and Computational Fluid Dynamics (CFD) technologies integrated into one unique multi-physics solver, which researchers and engineers can use to rapidly analyze and optimize safety designs early in the development process. This can reduce the expense and time involved in building and testing prototypes.
For more information on Simcenter Madymo, click here.
Note: A list of relevant Siemens trademarks can be found here. Other trademarks belong to their respective owners.