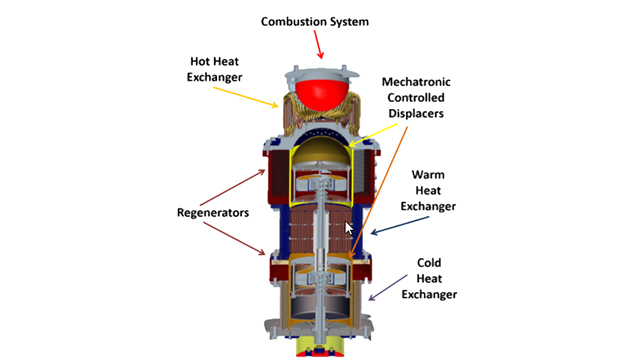 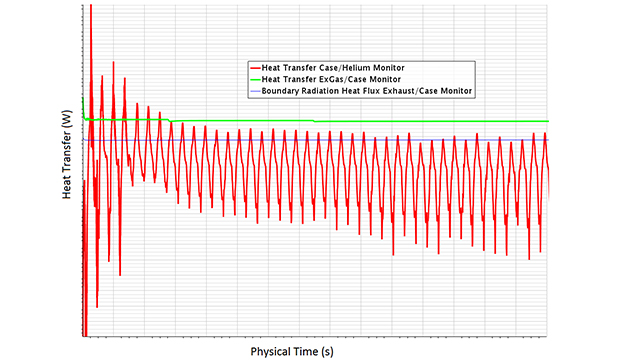 Simulation can provide quick and cost-effective answers. Multiple design concepts and their key performance indexes can be evaluated and poorly performing designs can be eliminated prior to manufacturing a prototype.

The more heat that can be transferred to the helium gas inside, the higher the overall efficiency (figure 1). It is critical to gain full insight into the physics and the path of energy from the burner to the hot helium side, capturing combustion, radiation, convective and conjugate heat transfer. Furthermore, the reciprocating hot displacer introduces a moving domain, which demands a transient analysis requiring larger high-performance computing resources. Finding a simulation solution to model the complex physics combined with moving domains was the challenge, and Simcenter Engineering Services, using Simcenter STAR-CCM+™ software, a Simcenter portfolio product, provided the answer. Simcenter STAR-CCM+ is an all-in-one solution that delivers accurate and efficient multidisciplinary simulation in a single integrated user interface. 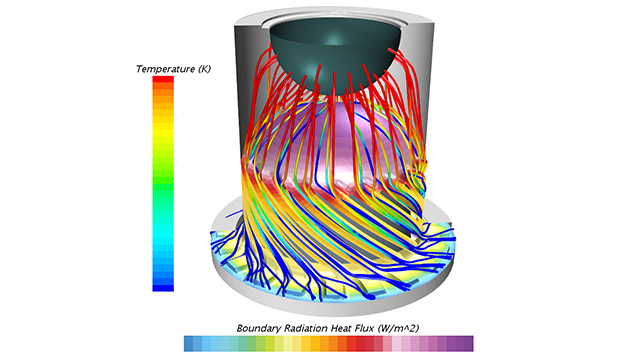 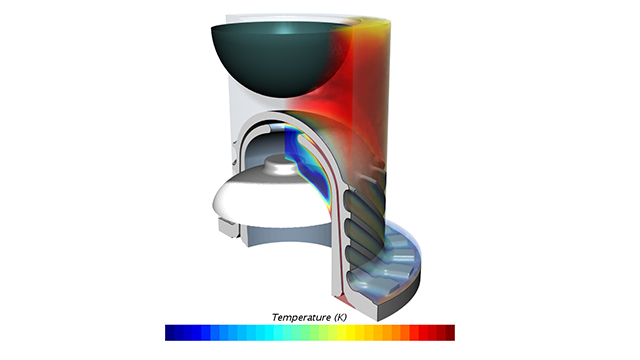 ThermoLift’s technology can potentially reduce building heating and cooling energy consumption and costs, and associated greenhouse gas emissions. That could change the way buildings use energy in the future and make it a greener world.