With over 160 years of engineering history, Siemens Energy Industrial Turbomachinery in Lincoln, United Kingdom, is at the forefront of sustainable energy, design, manufacturing, and service for small industrial gas turbines.

“Opcenter APS could demonstrate the impact of potential changes by revealing separate elements of the same puzzle and freeing us up to confidently make changes. Adrian Toyne, Operations Manager of Core Assembly and Test Siemens Energy Industrial Tubomachinery

Safety is a priority at Siemens Energy gas turbine facilities. During the manufacturing process, turbine blades are examined and weighed before they are strategically placed on opposite sides of blades of similar weights. A single blade can generate the power of a two-liter car engine. So, even a slight imbalance could be exaggerated at the extreme speed used for rotor assembly testing. This is one of the many safety measures the test facility in Lincoln, United Kingdom, carries out.

Adrian Toyne is the operations manager of core assembly and test for Siemens Energy. He is responsible for the team, equipment and facilities. This includes eight test rigs that are used to analyze the reliability of both new and restored engines. “Our work is quite direct and all shop floor related. Because testing is the final stage prior to customer delivery, it is often the last department to be considered. We just have to keep up with demand and enable the company to meet its commitments and deadlines,” Toyne explains. 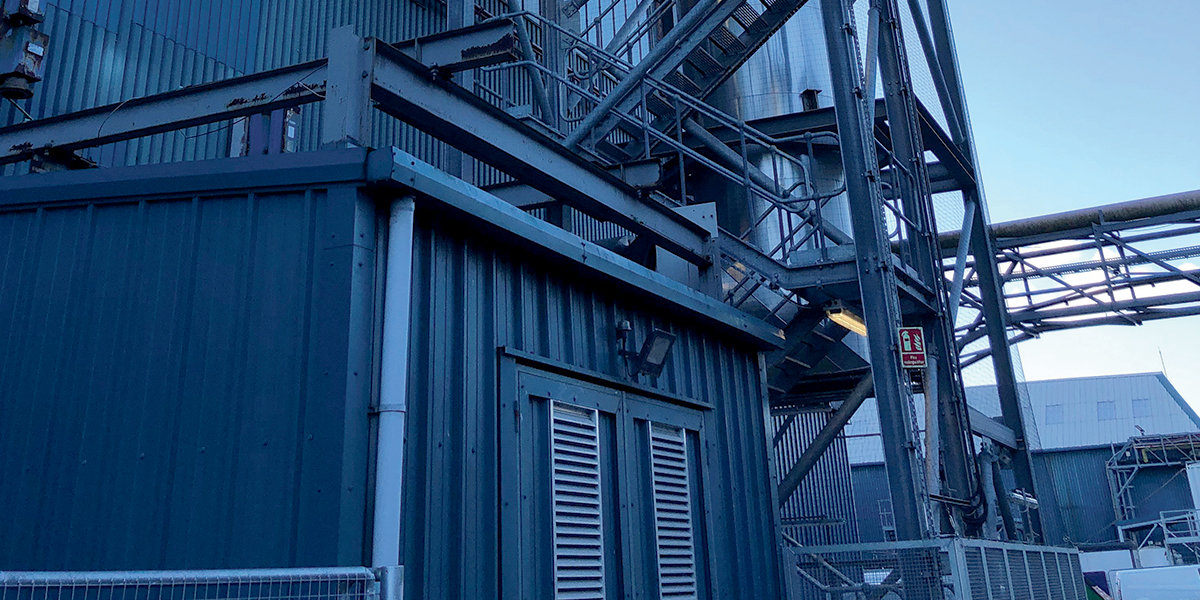 Coping with a complex environment

The site makes between 130 to 140 turbines each year. Despite this low output volume, scheduling all of the testing resources and activities is a challenge. The test department faces an extensive range of constraints, including varying machine capacity and availability of fitters and engineers that possess the required skills. Testing and analysis must be conducted within a thorough environment that may lead to customer witness testing.

Toyne states, “We are using high-pressure gas fuel so we need to manage everything in a highly controlled way. We have a number of systems with specific restrictions. For example, the supply of gas fuel in our fixed pipeline is limited, as is the capacity of our liquid fuel tanks. We have one system for delivering water and another with a different capacity for cooling the water we use. We aim to use off-peak electricity and have to meet stringent requirements with regard to noise and emissions. With so many options, there are numerous ways of looking at a schedule,” he says.

When Toyne first began his role, he identified a lack of detailed and advanced planning within the test facility. “With less than 200 unit tests per year, a spreadsheet would, in theory, be sufficient for planning. However, our model is highly complex. The original cooling system, for example, incorporated two separate cooling towers plus various legs of water run by two different pumps, though only two of those legs could be operated at a time. The chances are low of arriving at the most efficient answer by using a spreadsheet,” Toyne explains. 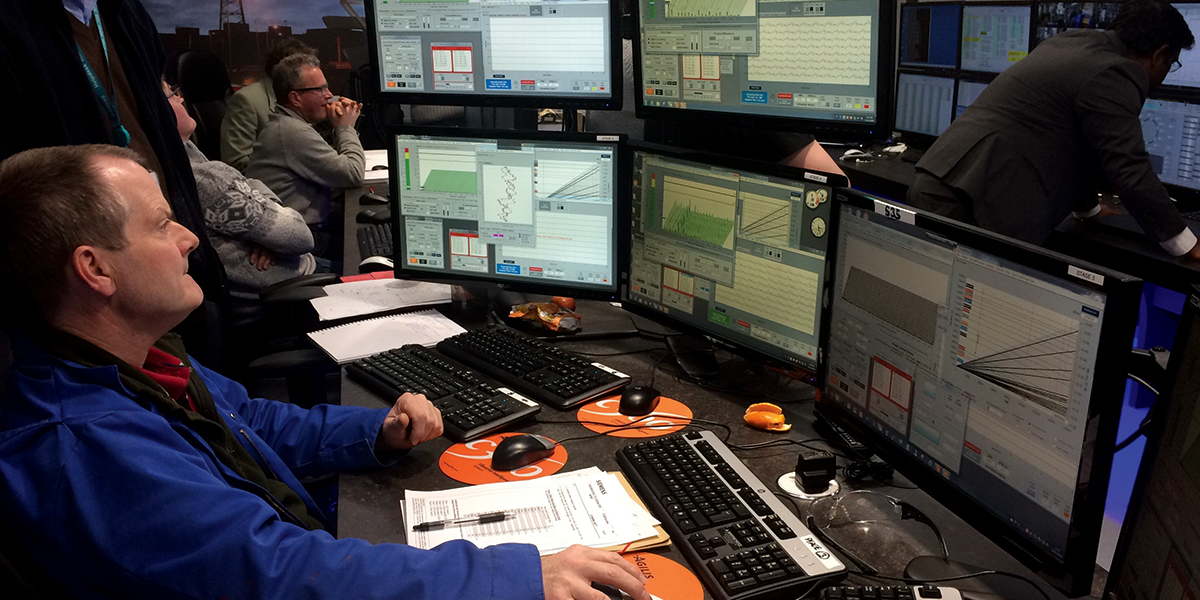 The search for a tool that could highlight constraints and identify opportunities became a priority. This led Toyne to deploy Opcenter™ Advanced Planning and Scheduling (APS) software, which is a part of the Xcelerator™ portfolio, the comprehensive and integrated portfolio of software and services from Siemens Digital Industries Software. This was implemented in 2016 after a technical team from Siemens worked with Toyne and his colleagues to input all the constraints as parameters and build algorithms. They were able to effectively digitalize the department’s operation and enable answers with the press of a button.

“There is a lot of data to consider when installing an Opcenter APS system,” comments Toyne. “The system demands specific details and will flag up any information we have not provided. In return, Opcenter APS brings a high level of rigor in planning, along with an intuitive interface that enables comprehensive yet easy-toread visual reporting.” 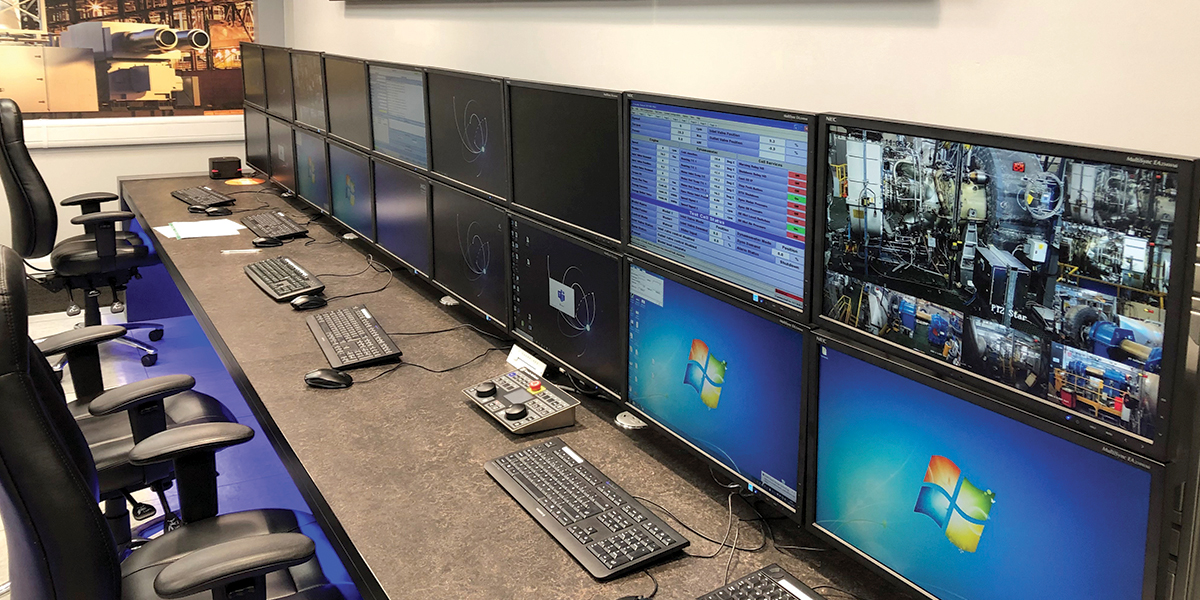 “One of first things that we learned from Opcenter APS was that we did not have enough staff,” says Toyne. “We had assumed that it was a shortage of other resources that was holding us back, but when the system applied the available people to plans, the mismatch was clear. The system informed us exactly what type of skilled individuals we needed. We would not have figured out that level of detail ourselves without Opcenter APS.”

Soon afterward, the system identified that water cooling was too much of a constraint and that the company needed a third water cooling tower. “It was very clear to see,” adds Toyne. “We were given a quantifiable answer to confirm what we might have previously only guessed.

Opcenter APS could demonstrate the impact of potential changes by revealing separate elements of the same puzzle and freeing us up to confidently make changes. The business case for an additional cooling tower was absolutely clear and we were given the go-ahead to build one and maximize capacity.”

The system also enabled new understanding of emissions. Toyne says: “During the process of burning gas or liquid in a gas turbine, there are certain points at which emissions are very clean and can easily be calculated. At other times, when a turbine is running through specific transition points, it is particularly important to measure output and ensure that it is meeting standards. Our ability to read the exhaust and understand the constituent parts of emission was previously limited. We could only run a maximum of three tests at any one time. After three tests, we had to make decisions about which tests to read and on which equipment. Now, with Opcenter APS managing our schedule effectively, we can accurately read a range of tests, keeping emissions as clean as possible.” 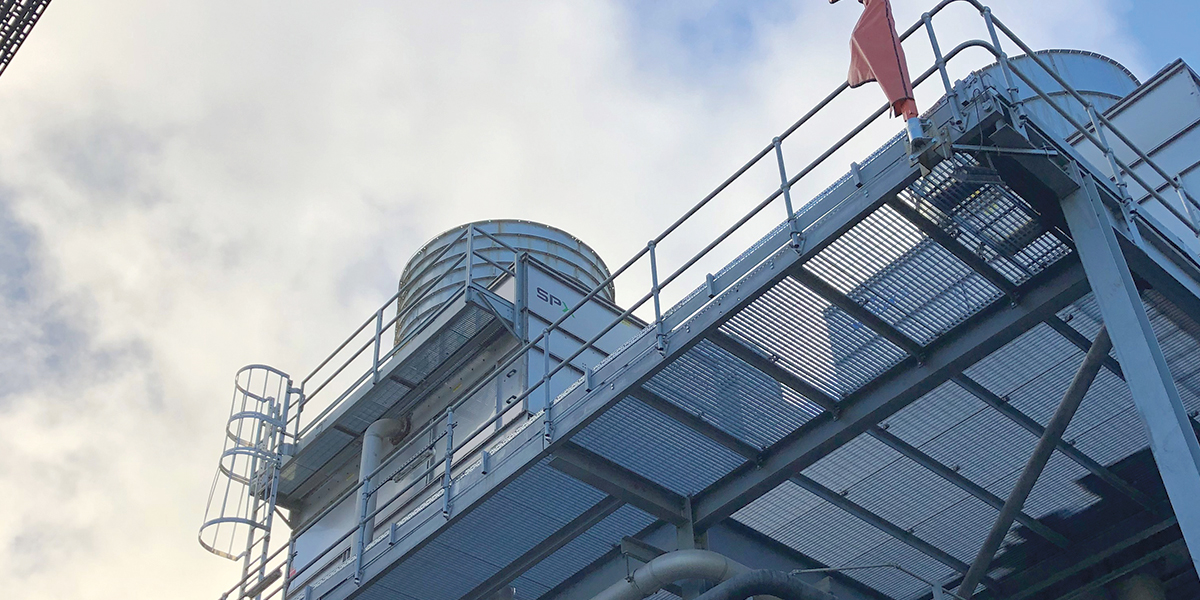 When Opcenter APS was installed, the initial goal was to cope with the level of demand from manufacturing and from the service side, which restores engines to be ready to swap out for customers. “We had an output of around three gas turbines per week and were running up a backlog of 30 engines over a year,” says Toyne. “For the past two years we’ve had no backlog and although there has definitely been an increase in demand, we are in a position to handle it. Next year, the output will be four engines per week, a 25 percent increase.”

Better management has introduced benefits throughout the company: The service side has more replacement units readily available and each stage in the countdown to delivery is met. The system provides extremely specific data about future timing. In the past, customers sent engineers from all over the world to witness testing at the Lincoln facility. Typically, a two-tofour week notice is required beforehand. Remote viewing of testing is now a preferred option offered to customers. This also requires planning to ensure that engineers can connect online on a particular date and time.

The system also provides the ability to test hypothetical scenarios, such as switching off an individual constraint to reveal its influence. When an increase in demand is simulated, the system highlights all the associated implications and identifies the required actions for maintaining productivity.

A strategic tool for efficiency

Toyne notes that he never envisioned running Opcenter APS frequently: “We need it to provide key strategic answers for use alongside our existing planning tools. It is central to our operation and output from the system influences what we do on a day-to-day basis. It identifies when constraints are relatively minor. It also enables us to see when no amount of positive effort will make a difference without a major change in assets or resources. At that point we can use different approaches to really explore whether there is any way around difficulties.”

The test department has now gotten to the point where the system also reserves some capacity for last-minute demands. “If there is a rush order, we can quickly rejig inputs and the system will tell the business within minutes if and how we can manage,” comments Toyne. “We have found that you need to teach the system and then you need to trust it. The advantage is the conversation can then revolve around real and reliable data.”

As a result of the success of Opcenter APS, the system was introduced to another onsite implementation that manages high-volume manufacturing output across other areas of the factory.