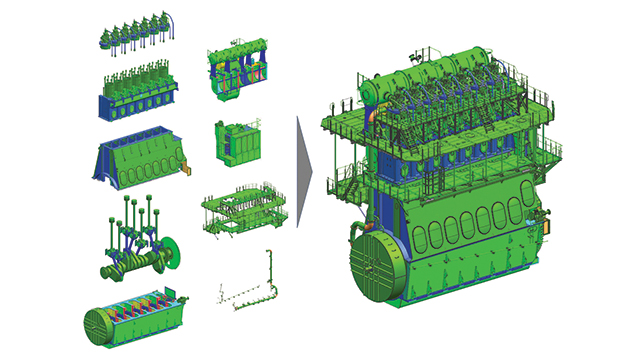 When Doosan Engine implemented a mandatory upgrade to NX™ software for its CAD system in 2015 to better collaborate with licensors, the company considered two options: upgrading its existing PLM system or replacing it with Teamcenter® software, also from Siemens Digital Industries Software.

Doosan Engine successfully completed its PLM implementation with the expertise and assistance of the project participants. Collaborators on the project included Siemens Digital Industries Software professional engineers and those of its partner company, CITEK System; Doosan Engine design personnel; and professional PLM personnel from Doosan Corporation Information and Communications. 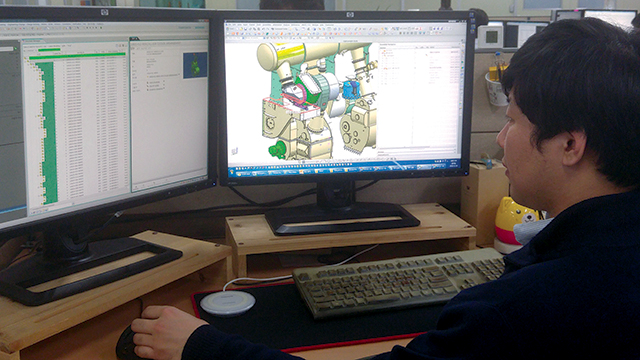 With the successful deployment of Siemens Digital Industries Software’s Teamcenter and NX solutions, Doosan Engine was able to unify and manage the CAD/BOM structure. The bidirectional synchronization of the CAD/ BOM structure enables changes to be reflected immediately as soon as the data is saved in either NX or Teamcenter, and the synchronization streamlined work processes and assured data consistency. In addition, Teamcenter managed BOM and ERP data based on NX assembly models, so that the same data was used throughout design and manufacturing.

“Siemens Digital Industries Software’s Teamcenter and NX solutions enabled the unified management of the CAD/BOM structure, and we improved efficiency in 3D design tasks,” says Namsik Choi, general manager of the Business Innovation Team at Doosan Engine. “Based on these improvements, we will gradually expand the use of 3D design techniques to 50 percent of our design work in the first year, and to 100 percent within the next three years. 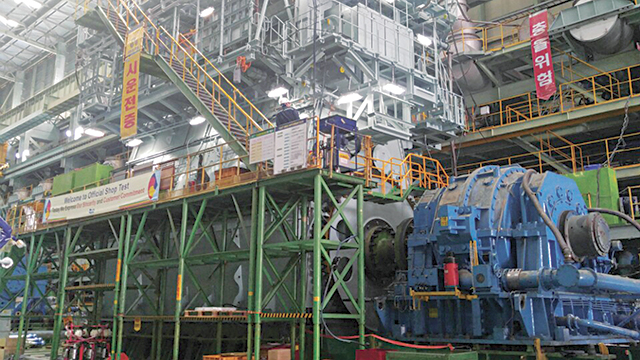 Based on these improvements, we will gradually expand the use of 3D design techniques to 50 percent of our design work in the first year, and to 100 percent within the next three years. Namsik Choi, General Manager of the Business Innovation Team Doosan Engine
S
Siemens