Today the use of model-based systems engineering is essential in our industry because incomplete knowledge of all the operational cases can lead to an incorrect analysis that originally aims at specifying the component performance. Jerome Fraval, Systems Modeling Lead Engineer Safran Landing Systems
WYZWANIA KLUCZE DO SUKCESU WYNIKI

Safran Landing Systems is the world leader in aircraft landing and braking systems. Company capabilities encompass the full cycle of its products, ranging from design and manufacture to in-service support, repair and overhaul. Safran Landing Systems is a partner to 30 leading commercial, military, business and regional airframers, and equips 27,800 aircraft. The company employs around 7,000 people working in locations across Europe, North America and Asia.

Today the use of model-based systems engineering is essential in our industry because incomplete knowledge of all the operational cases can lead to an incorrect analysis that originally aims at specifying the component performance. Jerome Fraval, Systems Modeling Lead Engineer Safran Landing Systems

The Safran Landing Systems entity of the Safran Group is the world leader in design, development, manufacturing and support of landing gear systems. A unique combination of advanced engineering capabilities, integrated systems technology and experience on an exhaustive range of programs enables Safran Landing Systems to provide innovative solutions for a diverse range of aircraft.

In a dynamic aerospace environment, the challenges of the market require a holistic view of the product lifecycle. Safran Landing Systems’ focus is to provide landing gear systems that are not only reliable and robust, but increasingly weight efficient and environmentally responsible, thus providing overall value across the full life of an aircraft program. 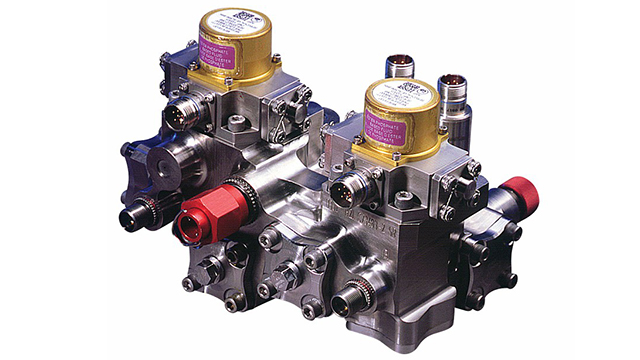 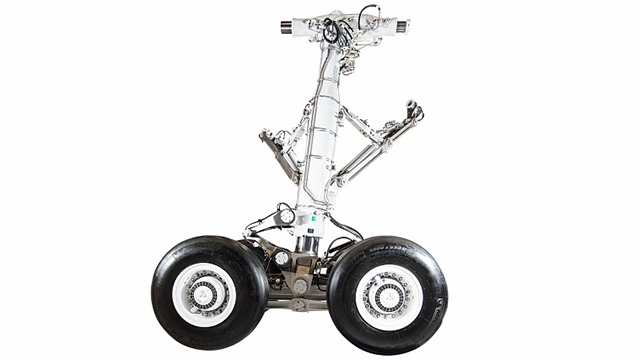 Deploy an engineering methodology to improve interactions with stakeholders

As an aerospace supplier, Safran Landing Systems must provide its customers with systems that fulfill their expectations. A big challenge is that requirements vary among customers. Analyzing the performance of each system is crucial to perfectly meeting the expectations of each airframe manufacturer.

Suppliers like Safran Landing Systems must adopt two approaches to succeed in short time frames. One is to introduce the use of simulation within the engineering department to virtually anticipate system and component efficiency, before their integration into the final product. The second approach is to implement standard engineering methodologies and streamline practices to deliver a mature product early in the development cycle.

Safran Landing Systems deploys a common methodology for simulation within its teams and in interaction with their customers and suppliers. The company develops the landing gear structure, then the wheels and brakes and finally system equipment such as systems for braking, extension, retraction and steering. Safran Landing Systems designs and manufactures the majority of its key equipment and integrates other small components from hydraulics/electrics component suppliers.

Jérome Fraval is the systems modeling and simulation method leader within the Method and Tools department of the System Equipment Entity at Safran Landing Systems. The role of the department is to assist the systems engineering professions within the technical department (systems, validation and verification - V&V, safety and modeling), by providing them with a framework of methodologies and tools adapted to the contexts and constraints of each project. 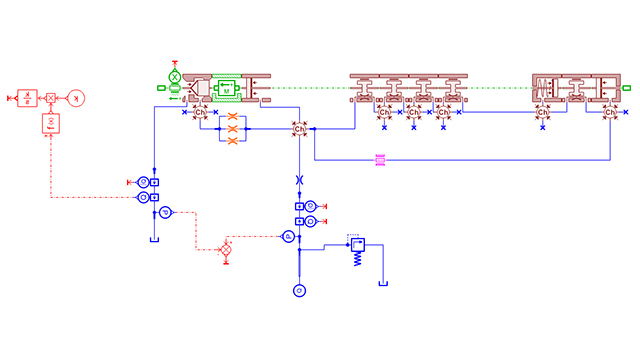 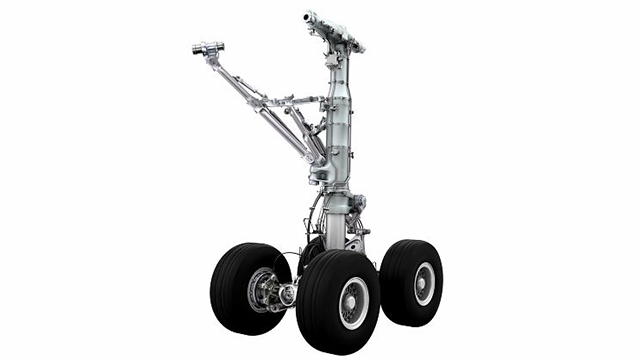 A project framework based on common methods and tools

Sharing methodological good practices helps define a project framework, including a list of recommendations, discussions with aircraft manufacturers to develop methods of exchanging input data and defining interfaces and milestones. This framework enables collaborators to clearly identify the properties of the model from the very beginning of the project.

For systems simulation, Safran Landing Systems uses Simcenter™ Amesim™ software, part of the Xcelerator™ portfolio of solutions and services from Siemens Digital Industries Software. As a system supplier to aircraft manufacturers, the company’s project engineers must define the manufacturers’ system functionality requirements and use Simcenter Amesim for the specification of systems performance upstream of the development cycle. On the other hand, as a manufacturer integrating systems from tier 2 suppliers, engineers use the software to size the components and systems. The combination of Simcenter Amesim software with the company’s knowledge of complete landing gear systems and vast experience acquired over several decades makes it possible to perform tradeoff studies very early in the pre-design phase of complete systems, including the landing gear structure and brakes, with the objective of optimizing solutions in terms of reliability, mass and performance. 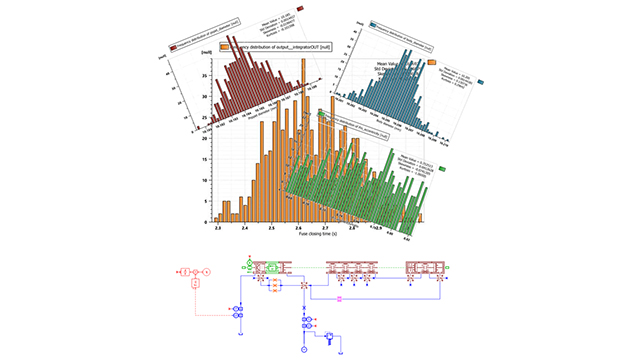 “As a system manufacturer we use Simcenter Amesim to specify the components and complete system performance expected for the braking system to work as intended by the aircraft manufacturer,” explains Fraval. “For example, in the case of a hydraulic fuse, the engineering development team analyzes what performance is expected from the fuse to meet system needs, for example if the fuse does not close properly under nominal operating conditions and over various aircraft missions. The use of system simulation enables us to virtually estimate all of the conditions’ usage and consequences. This is why I think it is fundamental to understand the digital twin of our system, modeled here in Simcenter Amesim, within a model-based systems engineering structure. Today the use of model-based systems engineering is essential in our industry because incomplete knowledge of all the operational cases can lead to an incorrect analysis that originally aims at specifying the component performance.”

“It costs a lot of money to face technical issues during the physical integration at the system or aircraft levels,” Fraval says. “Retrofitting a part of the fleet with equipment that is not necessarily 100 percent mature, after the entry into service, requires a lot of effort. The sooner we analyze how the system works, the more we can anticipate all the problems, and the less it costs. Using the simulation upstream minimizes the risks and consequently reduces the development time. Virtual integration through the digital twin makes it possible to anticipate the commissioning of our products very early on, even well before the production of the first components, which makes it possible to observe sometimes complex physical phenomena and to adjust the product design, if needed.” 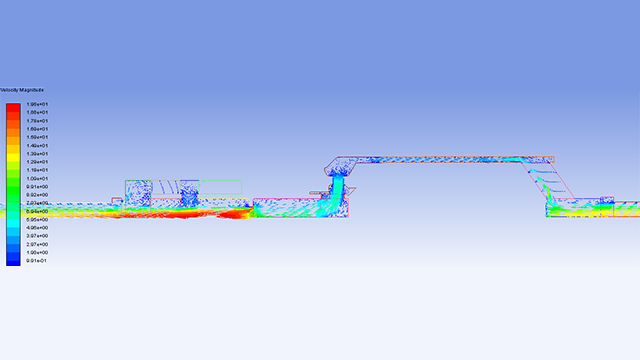 “It is possible for us to study very quickly a number of concepts to meet the system specification and to select the best solution,” says Fraval. “We are taking into account manufacturing constraints from the beginning, to optimize the product’s cost while delivering great robustness through changes in customer needs for performance, integration and operational cases. When we are confident with the solution we consider as mature, meaning about 75 percent of the final design, we propose the concept for computational fluid dynamics modeling. That step allows us to refine the internal fuse design, evaluating the fluid flow in the equipment with the use of CFD simulation and finite element calculation to finalize the last 25 percent before we can launch production.”

Physical testing with prototypes enables Safran Landing Systems to correlate test results with those from the Simcenter Amesim simulations and adjust the simulation model accordingly. “Once the model is fine-tuned and better reflects the reality, we integrate the component at the system level, then keep moving on the V development cycle for virtual integration,” Fraval says.

“One key interest of using system simulation for virtual integration is that we can address more detailed analysis of the complete system under environmental conditions – thermal variation and impact on the system – or operational conditions – functional analysis, usually very difficult to analyze on real conditions or very expensive on test rigs,” says Fraval. “In the case of a temperature-sensitive component such as a hydraulic fuse, we have to validate the performance of the equipment over the entire temperature range. The simulation enables us to anticipate the rise of the real V even before the assembly of the system into the aircraft.”

Virtual analyses with Simcenter Amesim enable Safran Landing Systems to support the overall aircraft qualification process and streamline the demanding documentation process. “We have to demonstrate to the authorities that the system model is valid, using the landing gear digital twin,” Fraval says. “This is demonstrated through physical correlation with the model that it is valid. The use of Simcenter Amesim allows us to support this entire demonstration procedure and complete documentation requirements.“

System simulation is used in verification of Safran landing gear systems and the simulation results are used as proof in the aircraft certification files. “Some tests cannot be carried out on an aircraft or system during the test campaign because of a risk of damaging the aircraft or the test rig,” explains Fraval. “Failure analysis can only be dealt with through simulation. For example, in case of a breakdown of a hydraulic device in the system that enables slowing the speed of an actuator, it can impact the overall systems behavior and heavily impact the aircraft. The actuated element could violently hit the structure, so it is important to assess the level of effort that the structure of the aircraft will receive in this type of case. The use of system simulation enables us to evaluate system and aircraft failures cases over different operation cycles that could accelerate the system damage, and so we check the overall system resistance. Demonstration of the systems sizing and performance using Simcenter Amesim supports the product verification activity to the certification authorities.” 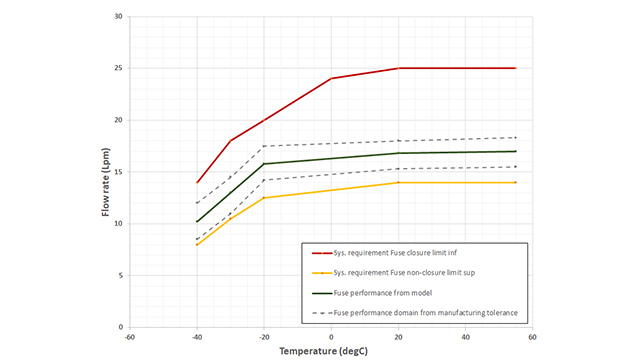