Babcock is the United Kingdom’s leading naval support business, and has a unique role supporting the Royal Navy and the Ministry of Defence. Key activities include base porting, refitting, the design of major submarine systems and the refueling and decommissioning of submarines; maintaining and refitting warships, and building the next generation aircraft carriers; managing naval bases; and providing equipment support on behalf of the UK Government.

Associated with stealth and danger, the sleek beauty of submarines is underpinned by the highest degree of safety and precision, the type of engineering associated with Babcock International Group, Marine and Technology. Employing 27,000 skilled experts, who design, build, manage, operate and maintain assets in the United Kingdom (UK) and overseas, Babcock International Group is a trusted supplier, with 120 years of technical experience behind it. Marine and Technology is the lead strategic support partner to the Royal Navy and the Ministry of Defence. The division manages naval bases; refits, refuels and decommissions submarines; maintains and refits warships; and is leading the assembly of the UK’s next generation of aircraft carrier. It also supplies similar cost logistics and lifecycle services to other navies.

Babcock’s Systems and Equipment Business Unit designs, supplies and provides through-life management solutions for high integrity naval equipment, systems and platforms, such as the critical working parts of a submarine. Systems and Equipment’s engineers began using Teamcenter® software and NX™ software in 2001, with one aim being to increase the re-use of existing information and parts. With concurrence on a classification structure and the introduction of a library system, by 2007, Babcock was ready to upgrade Teamcenter. The company recognized an opportunity to renew its focus on lifecycle management. Nick Trahair, technical applications manager, was given responsibility to lead an initiative around the upgrade.

“Our engineering software had been managed by a corporate team concerned with workflows and a technical team interested in systems,” notes Trahair. “Over the years, the emphasis on technical systems had become somewhat stronger and some operational consistency had been lost. It was, for example, clear that the standard parts library was not being used properly. Engineers reported that they had difficulty deciding when to put an assembly into the library. As they were not routinely checking in designs, they often could not find parts when they needed them. Another issue was variation in the quality of 3D modeling. In addition, we were short of certain licenses and under-utilizing others, such as visualization licenses. The upgrade, therefore, became an opportunity to integrate the technical and business aspects of our platform, reconnect with corporate goals and utilize Teamcenter more effectively.”

One major and immediate problem was the existing server network, which needed to be upgraded. A business case for a hardware refresh was made and after research and trials, particularly over the connection with users in Australia and Canada, new servers were installed. The Teamcenter upgrade went live on these in December 2008. 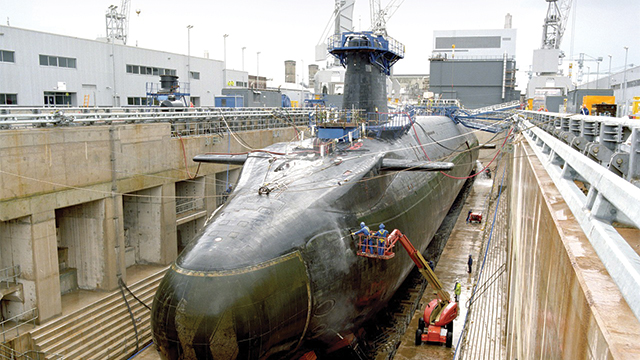 With the new software and hardware in place, there was an immediate 80 percent increase in the speed with which files opened. “Eighty percent of that improvement was down to Teamcenter,” says Trahair. “Because the latest version of Teamcenter has much more capacity for local caching, files were loading very quickly the second or subsequent time, which was great for users. We finally had the right environment in which to create our internal configuration and enable users to get the most out of NX and Teamcenter.”

In early 2009, Siemens led a Value Optimization Analysis workshop for Babcock. “This was very helpful,” says Trahair. “Siemens gathered feedback from users, identified key issues and helped us to define some principles. Although this process highlighted gaps in the system, we established that IT (information technology) should not be the driver, that the engineering team has to devise what it needs and how it operates and that we have to set targets in line with business analyses and company strategy.” The workshop was followed by a series of seminars in which engineers were given the chance to say what they needed in order to be more productive. It became clear that quality of modeling, compliance and workflows could all be improved. “With Siemens’ help, we devised a three-phase project to focus on core skills, common processes and process automation.”

A full-time support role was established. This not only provided users with formal help, it freed up key engineers previously involved in support to focus on the system as a whole. Among responsibilities, the support engineer was also tasked with improving user resources. The first step was to use NX to improve certain modeled parts, create families of parts, generate standard parts in different sizes and check them all into the library. “Having a comprehensive library was our first clear gain as it immediately encouraged part re-use,” reports Trahair. “As our new standard parts library is now linked to purchasing, we expect savings of 10-20 percent on fastener specification costs.” 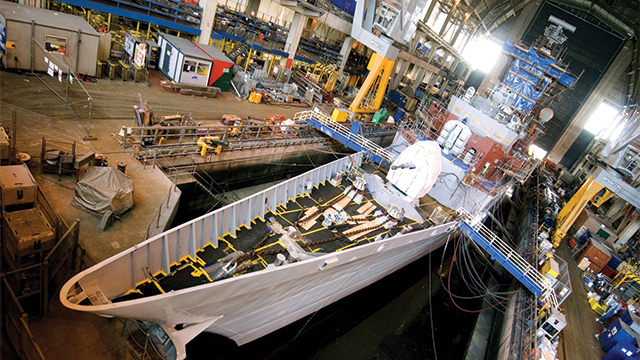 Babcock then addressed the way that engineers were modeling. Standards for NX and Teamcenter had previously been documented in large manuals that had proved to be somewhat inaccessible. Therefore, vital information was condensed onto two sides of an A5 card. Further details were provided through colorful, easy-to-read, portable document format (PDF) files available via NX for reading and printing. Moreover, feedback from engineers indicated that they now found it easier to solve problems, particularly when involving a process they seldom used.

The next step in the program was training. Babcock was using an online course provider, which Trahair notes did not quite meet the company’s specific needs. He explains, “Our engineers not only needed to know how to use NX in a generic way, they needed to know how to use NX within Babcock.” A computer-aided design (CAD) forum was established and Siemens conducted a series of masterclasses. When Siemens launched its Learning Advantage portal, which allows customers to upload their own tailored training modules, it was just the solution Babcock was seeking and the company immediately became a subscriber. “Our training is now much more relevant and focused,” says Trahair. 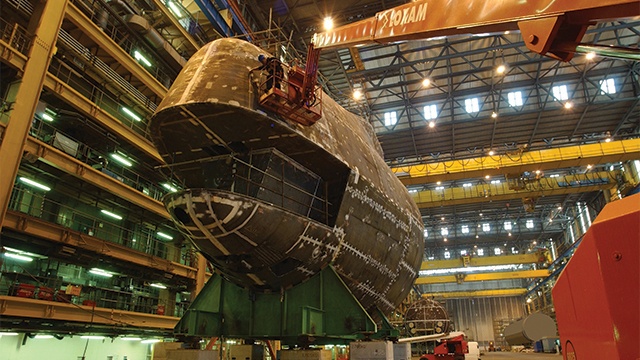 In March 2010, Siemens conducted a two-day seminar with Babcock. “We mapped the lifecycle of our products, which meant it was easy to see at what times we would need certain functionality, and list areas of concern,” say Trahair. “We looked at all the ways in which Teamcenter enabled us to be effective, noted areas in which we were not using it at all and identified where it definitely could be of benefit. For example, we saw an opportunity in service support, which represents a large proportion of company income. We could clearly see a link between all the design data we have and a way for this data to earn an income in the future. We could also see that our Teamcenter system needed additional modules that would support ‘service’ more effectively. It would, for example, be of benefit to be able to make small changes to designed parts; to capture ‘as built’ rather than ‘as designed’; and to store serial numbers for each part and each boat.”

According to Trahair, a culture of continuous improvement has now been firmly established and Babcock sees great possibilities for using workflows more intelligently to produce state of play snapshots and business reporting. “We are now working in a more integrated way with shared processes, even for applications that do not currently link with each other,” says Trahair. “We are also putting in extra security and extending the use of shared tools in our Australian office. Our goal is for everyone to feel that Teamcenter is their home.”

Trahair adds, “We are finally taking a broader approach and questioning whether we are using Teamcenter in the right way, for example, with regard to the interface with other design tools for circuit boards, hydraulics and electrics. We recognize that our production guys should be accessing Teamcenter material from their own systems and that will be our next area for development. Meanwhile, the use of visualization licenses has risen by non-CAD users, from 25 percent to 95 percent, and this has freed up 10 percent of full NX licenses, as well as eased shortages.

Richard Drake, head of Engineering at Systems and Equipment, points out, “The recent improvements in our Teamcenter system have allowed us to achieve measurable savings and will provide a sound basis for future development.” 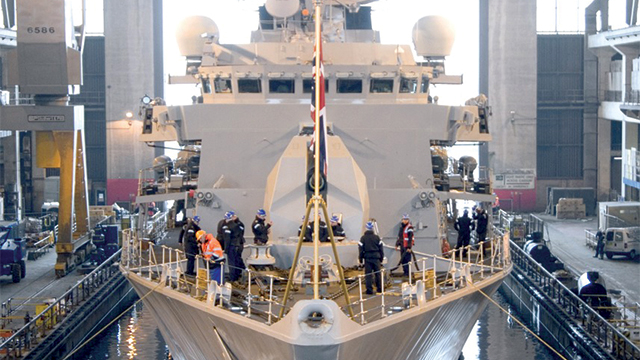