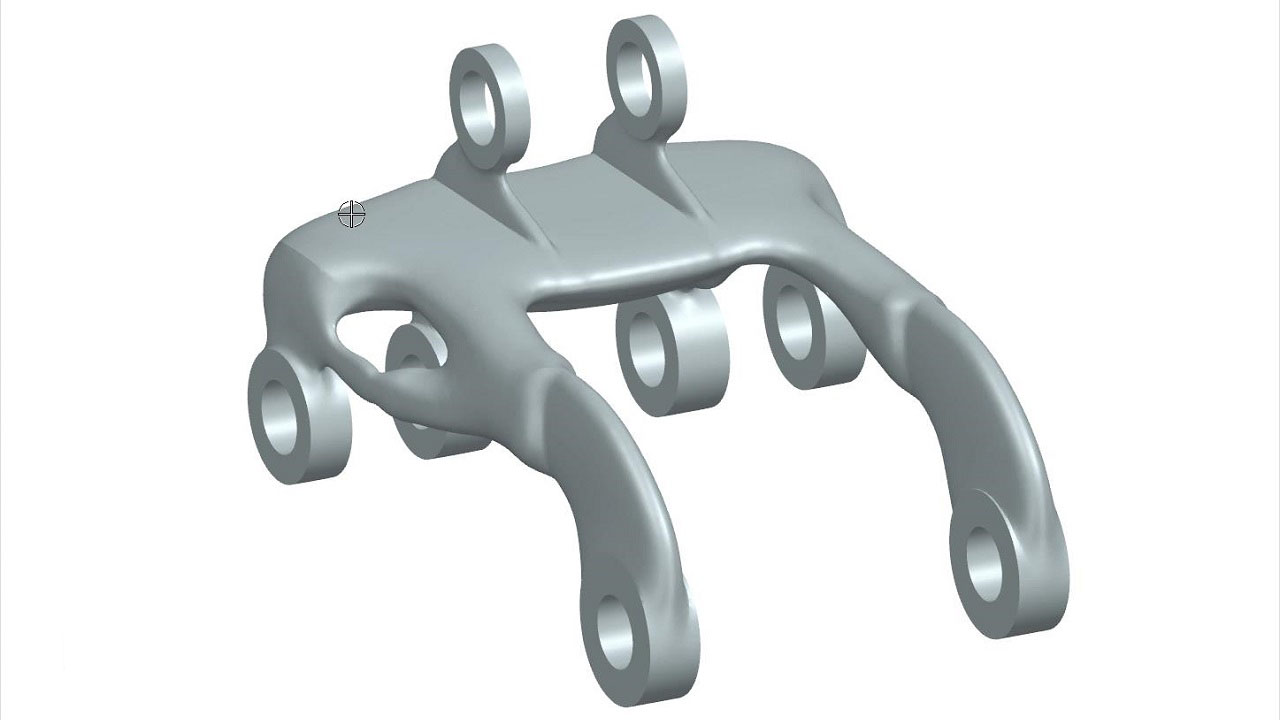 Siemens Digital Industries Software has released the latest version of Parasolid® software, its open geometric modeling technology employed by over 4 million users across the world. The scope of Parasolid Convergent Modeling technology continues to expand with new functions for blending, tapering, offsetting, hollowing and thickening mixed models. Designers can benefit from these new model editing capabilities when they need to integrate their precisely engineered (B-rep) designs with organic (facet-based) shapes. Such organic shapes are proliferating in design workflows through the application of topology optimization and 3D scanning.
To meet a variety of diverse customer needs, the latest release delivers new functions across several different application areas and adds support for emerging hardware platforms. For applications in additive manufacturing, new lattice modeling functions help users to create structures that benefit from a high strength-to-mass ratio. In addition, slicing operations have been improved to aid 3D print preparation.
Istvan Csanady, CEO at Shapr3D spoke of the breadth of functionality that Parasolid is now offering and the ease with which the latest Parasolid release could be deployed in applications for Apple's new M1 chip (Apple Silicon). According to Csanady, “Parasolid is so feature-rich, I don't think there is an application in the world that exposes 90% of the functionality and porting our software to Apple Silicon was super-straightforward - we just took the Parasolid binaries and integrated them immediately."
Recognizing the needs across the diverse ecosystem of Parasolid users on mobile, desktop and the cloud, Parasolid now supports deployment across an expanded range of hardware platforms including Windows 10 and macOS 11 on ARM-based devices.
The Parasolid geometric modelling kernel is used in Siemens’ own Solid Edge® software and NX™ software, and is at the core of the Xcelerator™ portfolio’s open and flexible ecosystem. Parasolid is also used in over 350 other applications from industry leading CAD/CAM/CAE/AEC software vendors.
Learn more about the latest release of Parasolid here.
Siemens Digital Industries Software is driving transformation to enable a digital enterprise where engineering, manufacturing and electronics design meet tomorrow. The Xcelerator portfolio helps companies of all sizes create and leverage digital twins that provide organizations with new insights, opportunities and levels of automation to drive innovation. For more information on Siemens Digital Industries Software products and services, visit www.sw.siemens.com or follow us on LinkedIn, Twitter, Facebook and Instagram. Siemens Digital Industries Software – Where today meets tomorrow.
Note: A list of relevant Siemens trademarks can be found here. Other trademarks belong to their respective owners.