Design efficiency is not the only improvement. We’re seeing quality improvements, lead time reductions, and cost reductions of 60 percent or more (made possible by fewer defects), for a positive effect on our profit structure. Jong-cheol Ahn, Senior Manager Jinmyung Precision
Partner Highlight

Ultimately, we have been able to achieve a competitive edge of 100 percent or more by using NX. Jong-cheol Ahn, Senior Manager Jinmyung Precision

A leader in the vehicle mold press industry

In the past, Jinmyung Precision handled mold manufacturing in-house but outsourced mold design, which was done in 2D. Using subcontractors for design work limited the company’s ability to respond quickly to the market, and also hindered collaboration. In addition, the use of different design and manufacturing software environments caused delays that lengthened product lead times.

As orders from leading vehicle manufacturers around the world increased, Jinmyung Precision saw the need for a more prompt and flexible mold development process. It had become clear that a process based on 3D design would be much more advantageous in terms of both faster lead times and lower unit costs.

To maintain and expand its position within an intensely competitive market, Jinmyung Precision decided to revamp its mold development process, including bringing the design work in-house. Because mold design is highly dependent on designers’ expertise, the company wanted to establish a design environment based on standardized processes as much as possible. 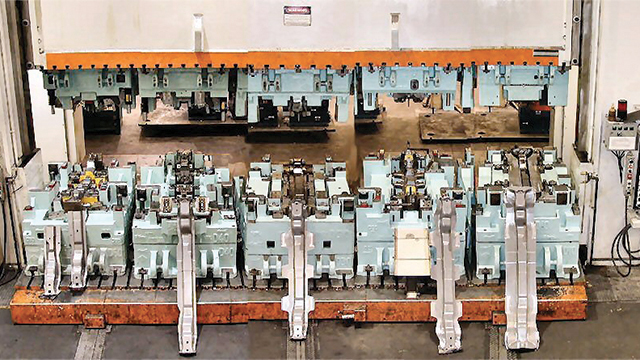 Jinmyung Precision initially tried a variety of 3D design solutions but didn’t see any improvements over its previous method of handling the work through outsourcing. This was due the limited functionality of the design software and difficulties integrating design data into the rest of the development process.

The company then established a formal committee tasked with creating the most optimized and efficient mold development process. Part of its mission included an in-depth review of multiple computeraided design (CAD) solutions. Some of the evaluation criteria included the size of the solutions’ Korean user bases, data compatibility with other CAD systems, modeling functionality, and system extensibility.

“By adopting the products of Siemens Digital Industries Software, our company has been able to construct a full 3D design system to a complete level of perfection,” says Jong-cheol Ahn, senior manager at Jinmyung Precision. 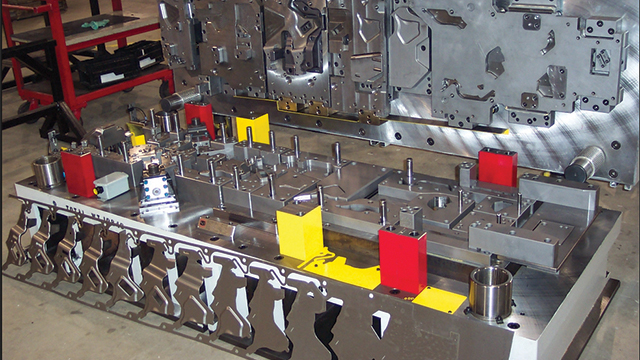 The comprehensive 3D design system, which was deployed by Space Solutions to Jinmyung Precision’s complete satisfaction, delivers a much higher level of product quality. In addition, as a result of improvements in data management and collaboration made possible using NX, productivity has increased by 60 percent or more.

Moving the design work in-house has significantly reduced the defect rate, including errors in both work processes and products. In addition to reducing lead times, the development environment of NX has helped increase sales. The sales increase, combined with significant cost reductions, has improved the company’s profitability. Ahn explains, “Design efficiency is not the only improvement. We’re seeing quality improvements, lead time reductions, and cost reductions of 60 percent or more (made possible by fewer defects), for a positive effect on our profit structure.”

Now that the new mold development process is in place, Jinmyung exchanges 3D data with its clients in Europe and South America. This was not possible previously. For example, a customer based in Mexico is using the compression database used at Jinmyung Precision as its main database.

Jinmyung Precision is now able to provide a customized consulting service for its clients and respond immediately to customer requests. This improvement ultimately enables prompt product releases and flexible response times to the demands of a fast-changing market, allowing Jinmyung Precision to be extraordinarily competitive in its market. “Ultimately, we have been able to achieve a competitive edge of 100 percent or more by using NX,” says Ahn. Moreover, these developments are also allowing Jinmyung Precision to expand its business in the global market, positioning itself as a company specializing in mold design based on 3D.

Design efficiency is not the only improvement. We’re seeing quality improvements, lead time reductions, and cost reductions of 60 percent or more (made possible by fewer defects), for a positive effect on our profit structure. Jong-cheol Ahn, Senior Manager Jinmyung Precision