Hutton Technologies is a social enterprise committed to providing innovative, low-cost, low-maintenance solutions for people in the developing world, such as the flexipump, a highly productive irrigation pump that can be maintained without specialized tools.

Without the Solid Edge subscription I would have been pretty stuck. It enabled an entirely new product to be developed and brought to manufacture very cost-effectively. David Hutton, Managing Director - Hutton Technologies, Ltd
Partner Highlight

A simple product, a huge impact

David Hutton, managing director of Hutton Technologies Ltd, was only 3 years-old when he designed and built a system for transporting domestic garbage downstairs on waste collection day. Although the system turned out to be better at carrying garbage the “wrong” way, his career as an inventor had begun. When he was 13 he came up with the idea for a simple water pump that would make irrigation easier for farmers in the developing world, and this became the topic of his final year project as an engineering student at Bath University.

Aside from the physical effort of carrying water over a long distance and the time spent on multiple journeys, farmers in developing countries who collect water from rivers and lakes often face an additional personal hazard: crocodiles. In particular, crocodiles congregate in areas where people regularly draw water. Hutton wanted to create a pump that would not only cut the time spent on irrigation, it would be safe and easy to use as well.

“Research undertaken by the University of Cambridge shows that worldwide there are 500 million small holder farmers supporting a total of 2 billion people,” notes Hutton. “That’s almost one-third of the world population. Helping these farmers boost crop yields and increase their income could make a massive difference to many lives. Yet it seems that only about 5 percent of engineers work on projects or products that specifically benefit people living in the developing world.” 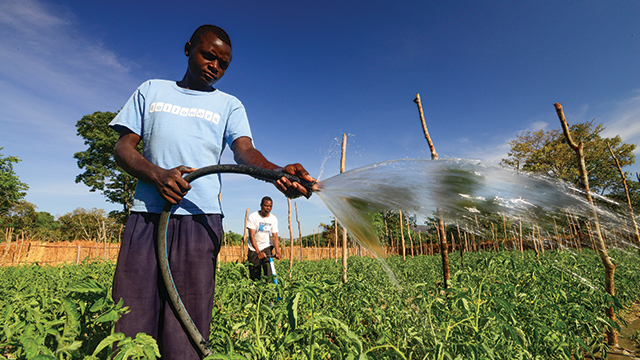 Ease of maintenance was a critical factor. Hutton explains, “A 2001 study estimated that 36 percent of pumps in the developing world were broken, and remained that way because farmers had no access to spare parts and lacked the specialist knowledge needed to mend them. What’s astonishing is that, in the developed world, such a situation would be widely regarded as a significant failure.”

Hutton’s original design was similar to an oversized bicycle pump, with a piston and two valves, one pointing forward as an inlet, and one higher up as the outlet. “Farmers are familiar with how bicycle pumps work, therefore they would already know how to operate and repair the flexipump,” says Hutton.

As a student, Hutton had access to Solid Edge® software from product lifecycle management (PLM) specialist Siemens Digital Industries Software. Using Solid Edge, he created his first 3D design for the pump. “I found that using Solid Edge was extremely helpful in terms of spatial understanding,” explains Hutton. “I began with certain constraints and then I could select parts and work out how to assemble everything into a small space. Solid Edge was great. The trouble was that I was nowhere near finished with the design of the flexipump when I completed my degree course.” 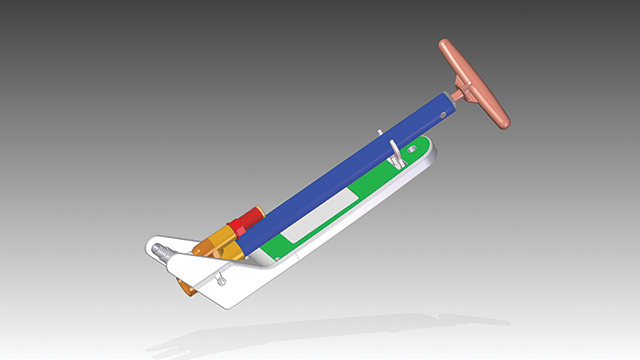 Realizing he was on to something worth following through, Hutton requested permission to continue using university facilities after he had graduated in 2011. That helped him to progress the design to the point where he could go to Zambia and conduct extensive field tests. Operating from the back of a car, he set up a mobile workshop and made 25 pumps in three different versions for testing by local farmers.

Hutton notes that it was actually quite difficult to obtain really honest feedback: “I discovered that criticism was considered rather impolite in Zambian culture. In some cases, for example, the pumps I had given out got clogged with stones and stopped working, but I did not always find out about this. In the end I learned a huge amount from observing the farmers and through using the pump myself. It was clear that I had to bulk-up the design to make it more robust and very easy to use.”

Returning to the United Kingdom, Hutton had a market and a potential order, but describes himself as “CADless” (without computer-aided design), until he downloaded a free trial of Solid Edge. At the time, he was working with Ken Symonds, a freelance parts designer engaged to help redesign some of the flexipump parts and make them suitable for injection molding. “Using Solid Edge again reminded me how great it is,” explains Hutton. “I was on a tight budget and was dreading the end of my free trial when I found out from Ken that Solid Edge was also available on a monthly subscription. This was clearly the answer for me, and I registered with Siemens Digital Industries Software partner OnePLM.

Using Solid Edge, Hutton had the means to refine the design, optimizing it for injection molding. “I also bought a cheap 3D printer which I can 100 percent recommend,” notes Hutton. “It made a massive difference to the process of getting parts ready for manufacture.” 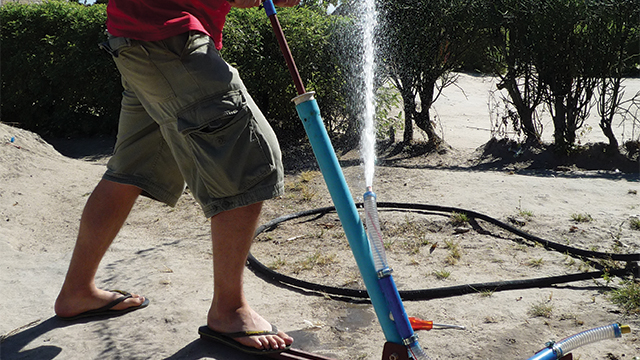 From dream to commercial launch

The flexipump went into production in Italy in the early summer of 2014, as Hutton took the first bulk order and conducted further tests in Malawi and Zambia. “Without the Solid Edge subscription, I would have been pretty stuck,” recalls Hutton. “It enabled an entirely new product to be developed and brought to manufacture very cost-effectively. In particular, it allowed me, Ken Symonds and the factory making the injection mold tools to communicate easily and cheaply.”

The final product weighs 2.5 kilograms (kg), compared to an original weight of 4.5 kg, and it is much easier to use. The key feature of the flexipump is that it doesn’t require replacement parts that have to be bought in a shop. Instead, when the piston cup seals wear out, farmers can make their own in the same way that they would repair a bicycle pump. The flexipump can also be maintained without the need for tools, since all the parts can be disassembled by hand.

“The flexipump is fixed and maintained in the same way as a bike pump, and in every village there is someone who will understand how it is made,” comments Hutton. “It can draw water from 6 meters down and deliver it a further 10 meters above ground, but where it really helps farmers is with transporting water over a distance. It’s possible to grow 1,000 tomato plants on a plot that is one-tenth of an acre, but it would mean carrying an enormous amount of buckets or jerry cans. It could take one person five hours; however, with the flexipump, one person could do that watering in less than one hour.”

Hutton continues to work with established distributors and NGOs (non-governmental organizations), primarily in Southern and East Africa and India, with a view to making the flexipump available to small scale farmers at an affordable price, or on credit that is paid back at the end of the season. “My dream is to give farmers the opportunity to change their lives; to exchange five hours of moving buckets for one hour of pumping,” confides Hutton. I particularly wanted to use the private enterprise model to enable them to help themselves. With better irrigation they can achieve higher crop yields, and with more income they can spend money on items such as education. This empowers the next generation.” 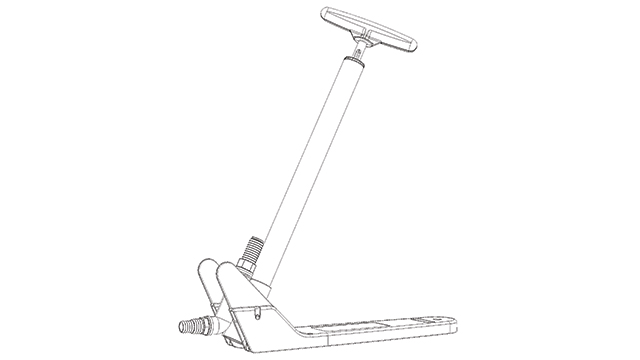 Without the Solid Edge subscription I would have been pretty stuck. It enabled an entirely new product to be developed and brought to manufacture very cost-effectively. David Hutton, Managing Director - Hutton Technologies, Ltd