Irkut Corporation is a leader in the Russian aviation industry. It is a vertically integrated holding that provides aircraft design, manufacturing, marketing and after-sales support. The corporation develops and manufactures components for Airbus airliners and is launching batch production of the MC-21 airliner.

Virtual testing using simulation models has reduced the number of bench tests. For example, for the fuel system we have managed to remove 25 percent of the tests. Mikhail Pylnev, Head Engineering Analysis Department Irkut

In 2010, Irkut Corporation deployed Simcenter Amesim™ software from Siemens Digital Industries Software for MC-21 aircraft systems simulation. The concept design stage was near completion upon introducing Simcenter Amesim, but there were neither test benches nor a prototype. It is common practice to solve the challenges of integrating complex aircraft onboard systems at the detailed engineering phase while the fine-tuning and calibration are performed at the bench and flight test phases.

For the MC-21 airliner project, the designers had to define the systems’ architecture and their key performance indicators, make design decisions based on analyses and study the physical phenomena occurring in the systems (hydraulic, fluid dynamics, thermal, mechanical, electrical, etc.). It was also required to analyze the systems’ integration prior to installing them on the aircraft, to study how external factors affected system performance, and adjust each individual system operation. The systems had to be optimized as well.

At the test bench, ground and flight test phases, the key objectives were identifying the best physical test conditions, developing the test procedures and minimizing the risk of equipment failure during the tests.

Irkut Corporation’s management team decided to deploy Simcenter Amesim to address system integration challenges at the physical component interactions level using proven design tools based on the system energy distribution approach (system power balance.) A major benefit of Simcenter Amesim is it supports most aircraft system design procedures used by the company as well as its capabilities based on best global engineering practices.

With the multiphysics system simulation models of the aircraft systems and components, engineers from Irkut Corporation’s engineering center analyzed the aircraft systems’ interactions at the physical level (thermal, hydraulic, fluid dynamics, electrical, mechanical, controls, etc.), at the predesign phase and at the beginning of the detailed engineering stages. 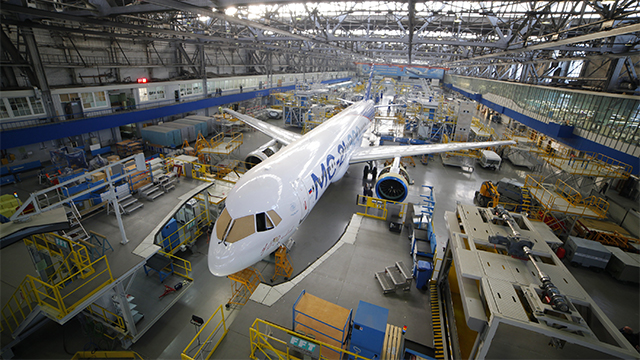 Yet another problem Simcenter Amesim solved was thermal analysis of the engine pylon. The MC-21 engine pylon carries a lot of hydraulic components close to the engine. The lower part of the pylon is exposed to the hot jet exhaust while its exterior is cooled with the compressor air. The engineers have successfully used Simcenter Amesim to analyze temperature distribution inside the pylon. 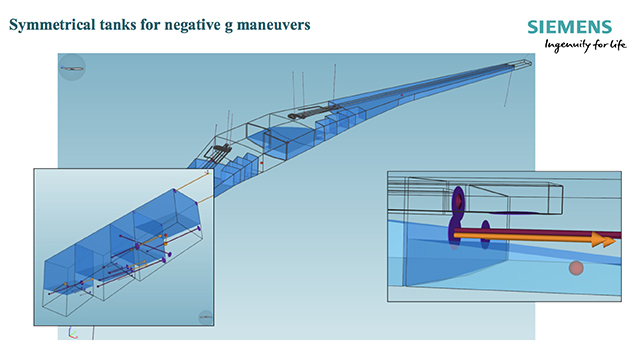 The MC-21 system/equipment integration included the aircraft system performance and interaction analysis in emergency conditions, estimation of external factor effects on system operability and performance in the entire envelope, and system performance analysis for failures and accidents. A lot of work had been done to develop the system test procedures, as well as comparative parametric studies (analysis of design variants).

Mikhail Pylnev, head, engineering analysis department, Irkut Corporation, says, “Simcenter Amesim supports co-simulations when some connected subsystems are represented with simulation models created in third-party software. For instance, we have integrated a Simcenter Amesim aircraft hydraulic system model with the integrated flight control system model developed with MATLAB/Simulink. The integration process has enabled us to identify and analyze a lot of complicated effects and to make feasible design decisions for system operation and interaction. Virtual testing using simulation models has reduced the number of bench tests. For example, for the fuel system we have managed to remove 25 percent of the tests. In this way, system development for a new MC-21 configuration has been accelerated. Moreover, simulation with Simcenter Amesim is an efficient tool to monitor and manage the subcontractors.”

The results have confirmed that implementing Simcenter Amesim as a system simulation tool for aircraft design was the correct decision.

The virtual integrated aircraft approach is aimed at integrated analysis and aircraft system optimization in flight. Simcenter Amesim can simulate the entire flight cycle: pre-departure operations, flight, and landing while analyzing the aircraft system interaction. Various environmental conditions and flight plans can be applied. Another important task is integrated aircraft thermal balance analysis. Conventionally, the thermal analysis department at Irkut Corporation is responsible for the thermal performance of the aircraft systems and serves other corporate divisions. Such analysis is done on an adhoc basis for typical system operating conditions. It does not provide the entire aircraft thermal profile for the entire flight.

With dynamic models it is now possible to analyze system thermal performance in transient modes as well. Now there is a way to better identify any thermal load imbalance with an integrated aircraft thermal model.

Another issue is managing distributed aircraft system development by numerous engineers from the engineering center. Simcenter™ Sysdm software from Siemens Digital Industries Software is used to store and share the models. It has become an integrated tool-agnostic platform that stores simulation models, tracks their versions, and manages access rights. With this platform, it is possible to create complex simulation models of many systems and to refine the distributed product development and requirements verification with subcontractors as well as the system development departments at Irkut Corporation.

Yegor Mozhenkov, design engineer, engineering analysis department, Irkut Corporation, says, “System integration with Simcenter System Architect has changed the entire process, model storage requirements, database views for subsequent integration and other system development activities. We had to create a customized approach to use this technology. It results in a concise aircraft system development process at every level: from the OEM suppliers to the entire aircraft performance analysis in various flight conditions.” 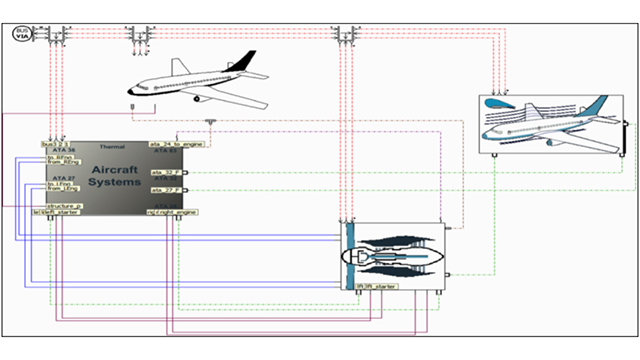 Irkut Corporation has designed and built an “iron bird” of the landing gear extension/retraction system to validate the landing gear extension/retraction controls. After the controls strategies are verified and it is clear that expensive hardware will not be damaged, the virtual equipment is replaced with actual equipment for physical testing. The simulator is an efficient tool to optimize and refine the controls and to test new versions of controls strategies.

The LGERS iron bird identifies optimal test procedures and conditions and minimizes the risk of equipment damage. Moreover, it is possible to identify the root cause of failure or non-compliance with system requirements (for example, a design error or a broken cable) and to debug software (control logics).

“The control system logic is refined by concurrent operation of the hardware (control object) models and the control algorithms. In this way, design decisions are improved and control logic is optimized at early development stages.” 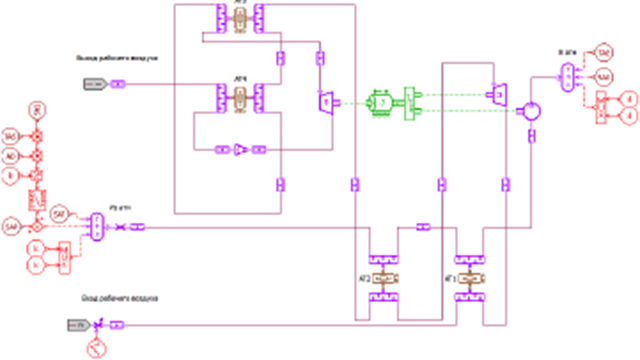 “Few companies offer such a comprehensive simulation solution,” says Yuri Logvin, vice director for design data management, design department, Irkut Corporation. “System development with Simcenter Amesim has reduced errors identified through design review and has accelerated the design and some bench test activities. We can virtually assess change consequences for any aircraft system parameter without allocating too much money or personnel as would be required for physical testing. Our objective with this approach is to establish a coordinated procedure for simulation results recognition by the certification centers. We are striving to build a competitive aircraft while Siemens Digital Industries Software offers tools to address most of our challenges.” 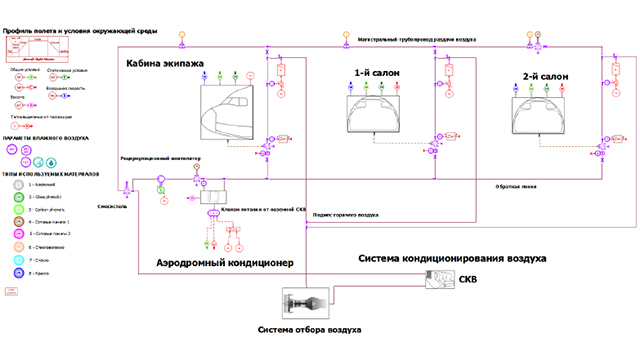