Oyster Yachts is a British brand of luxury cruising sailing yachts established in 1973. The company is based in Southampton, United Kingdom, and two other shipyards in Wroxham and Ashmanhaugh. The company’s mission is to design, build, deliver and support 50- to 120-foot blue-water sailboats capable of sailing safely anywhere in the world.

Even though we are still migrating some data, we have already seen huge time savings in the way we work. Elena Simoncini, Design Team Leader, Southampton Oyster Yachts
Partner Highlight

With NX and Teamcenter we can become even more efficient at delivering exactly what our customers want. Craig Bulmer, Lead Mechanical Design Engineer Oyster Yachts

Sailing into the blue

With 47 years experience, over 20 million blue-water sailing miles, and more than 90 sailing circumnavigations, the British boatbuilder Oyster Yachts creates sailing yachts that are capable of taking their owners anywhere in the world in luxury, comfort, and safety.

Oyster’s 50- to 120-foot ocean cruising yachts are hand-built by highly skilled craftspeople at three manufacturing locations: Southampton, Wroxham, and Ashmanhaugh, United Kingdom. The Marine Oyster Yachts Increasing efficiency by adopting a standard digital platform company encourages its customers to feel like an international family and organizes regattas and the Oyster World Rally circumnavigation of the planet. Customers often join the Oyster family with a 50-foot model, then move to a larger yacht with a more customized internal layout.

Oyster offers complete in-house service, from initial consultation to design, build, commissioning, and delivery. Each boat requires an individual approach and throughout the 12- to 18-month development process, the design teams at each site need to collaborate closely. Until 2020, however, they were using a range of software and a variety of file storage methods.

Craig Bulmer, who is lead mechanical design engineer, comments, “This was causing some problems, from assembly clashes to the confusion that arose from different file naming structures.” Elena Simoncini, design team leader for the Southampton site, adds, “We also had an issue with reliability. If we were working on a subassembly, we always had to check it had the most up-to-date information, which resulted in an overnight reload.”

”It became clear that we needed a standard platform so we could improve the integrity of our data,” says Bulmer. As a result, Oyster Yachts went through a formal selection process and this led to implementing NX™ software for product design and Teamcenter® software for data management. Both are part of the Xcelerator™ portfolio, the comprehensive and integrated portfolio of software and services from Siemens Digital Industries Software. The solution and technical services were provided by OnePLM, one of the largest Siemens Digital Industries Software resellers in the world. 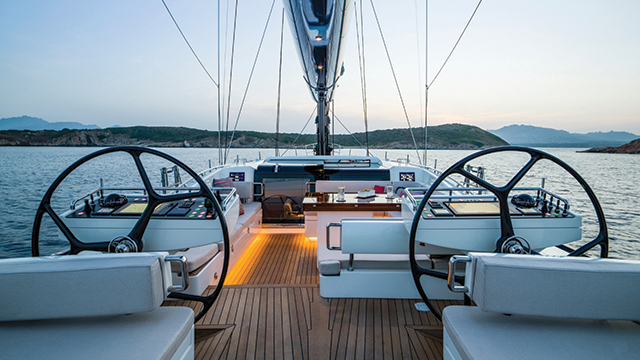 “Even though we are still migrating some data, we have already seen huge time savings in the way we work,” comments Simoncini, six months after the first implementation. “We now have one NX model for each boat, which facilitates interaction between sales and design as we assess customer requests and plan our work, as well as improving the interaction with production, which can interrogate the most up-to-date information made available. The 3D model is also used by the electrical engineers as a guide for electrical routing.”

Designer Rosie Phillips, who focuses on interior joinery, says, “I really like the NX interface, which enables me to save time, especially when I am trying to create space and storage yet stick within weight limits and maintain the company’s high standards. I can quickly re-use sketches and when I am modeling I can easily find parts as I move from the design of one cabin assembly to another.

“The synchronous modeling is a lifesaver: I use it every day to modify parts; for example, to move a face quickly. It removes the need to remodel or amend in detail. I also frequently use the multi-body modeling feature. NX will automatically add extrusions and shapes into a part, saving design time. Teamcenter is always accessible when modeling and with Teamcenter, we can easily add a part into an assembly.”

Phillips also notes the time saved on linking all geometry. “For 200 parts it would take hours to wave link, this is now done automatically and is complete within five minutes.”

The speed of loading up an entire model has increased dramatically. “Previously, we had to open a large file the day before and leave it to load overnight,” comments Simoncini. “If we had a request from production to check for details in a restricted space it could take one-and-a-half days to open a model and look closely at detail. We can now respond to a production query with an almost immediate answer.” 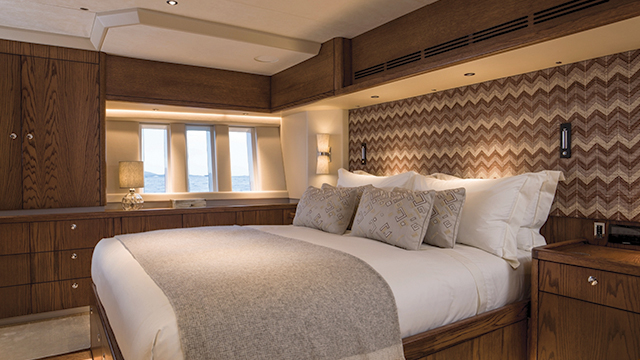 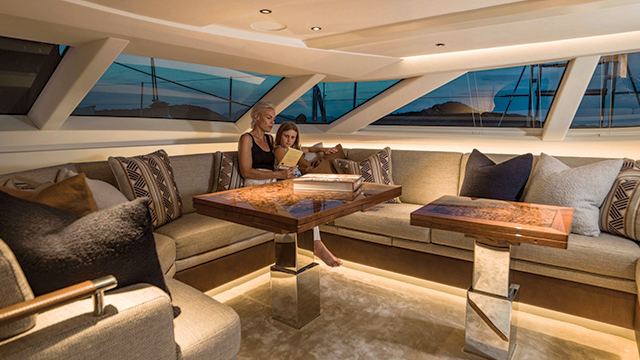 In addition, designers have complete confidence in the integrity of their data. When working on any model, the file is continuously updating, the model is live for everyone and all assemblies are linked. Bulmer notes, “Our old system required manual updating. This was done by individuals taking turns being in the office on a Saturday to run and monitor the updating of all files over a whole day.

“Frequently it took another day to share and review the latest changes with the team members.”

Within Teamcenter all file naming is standardized and drawings look the same whereas the previous system allowed a variety of naming conventions. Teamcenter also has a library of reusable parts such as hinges, runners, and some interior units. 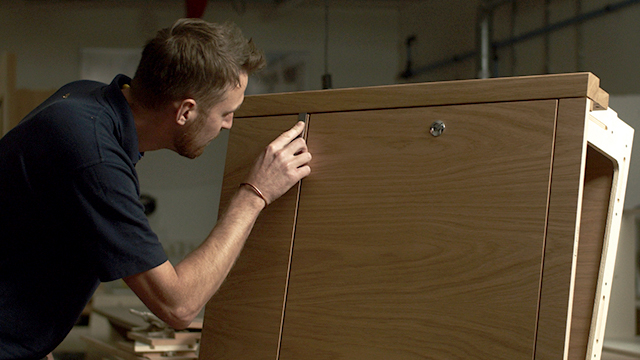 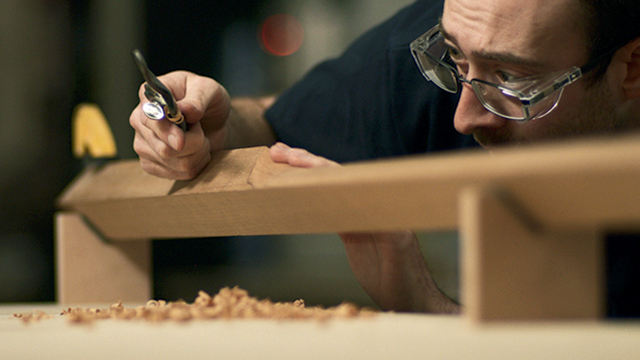 One of the immediate improvements was in preparing, reviewing, and releasing drawings. Phillips notes the parts list appears when a drawing is opened along with part ballooning. “Preparing balloon labels for annotation of parts used to take at least 30 minutes, and often up to an hour,” she says. ‘Now it is an automated process that is easily completed within five or 10 minutes.”

Simoncini adds, “Our previous method for drawing releases involved a number of different stages and was based on communication by email. This approach lacked formal control and there were frequent delays. Now everything is in Teamcenter so the potential for human error is reduced thanks to a more streamlined process, where everything is in one place and it is always the latest version.” 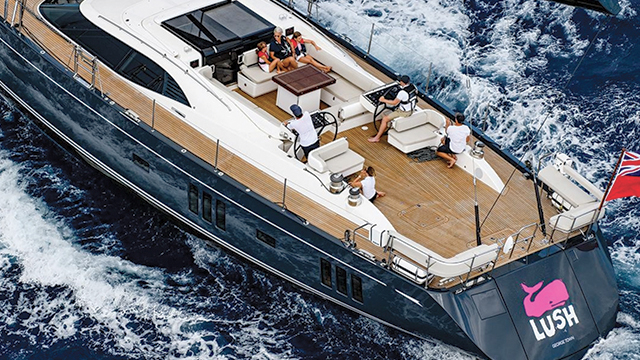 A smooth transition from design to production

Using Teamcenter has created a pathway for a clear handover from design to production. Boatyard operatives have computers with large screens at the end of each build bay. Using a web browser, they can check released drawings against the 3D model, which they can also interrogate. Members of the production team can also view the current progress of released information made by the design team.

“With NX and Teamcenter, it is easier to eliminate human error,” says Phillips. “When everyone has the correct information, we are less likely to create rework and additional costs.”

Exporting a file for computer numerical control (CNC) production is a one-step process for the design team and this function will soon be available to the production team. Teamcenter automatically produces a bill-of-materials (BOM). Having a clear view of the exact quantities required means that waste can be minimized. 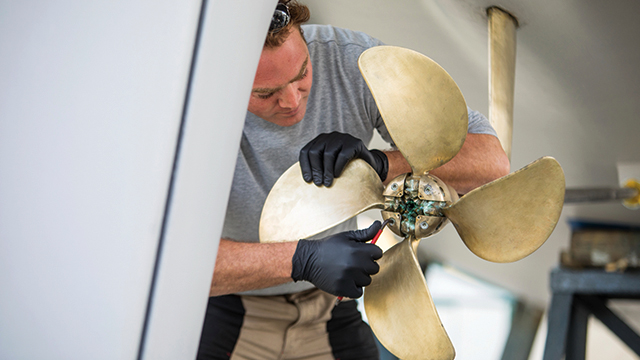 The first boat completely designed in NX is expected to be finished in summer 2021. Meanwhile, Oyster Yachts continues to develop using this solution from Siemens Digital Industries Software. “What we have already is brilliant and we can create even more timesaving macros” says Phillips.

“We are very happy because we have already gained so much of an advantage from using NX for modeling, mechanical routing, surfacing, and large assembly handling,” says Bulmer. “We can also see future potential; for example, we intend to use NX for laminate overlays.”

Despite the challenges associated with customization, Oyster Yachts has built a reputation for responding to its customers. The success of this strategy is demonstrated by an order book that is keeping the company busy for the next three years. Bulmer concludes: “With NX and Teamcenter we can become even more efficient at delivering exactly what our customers want.” 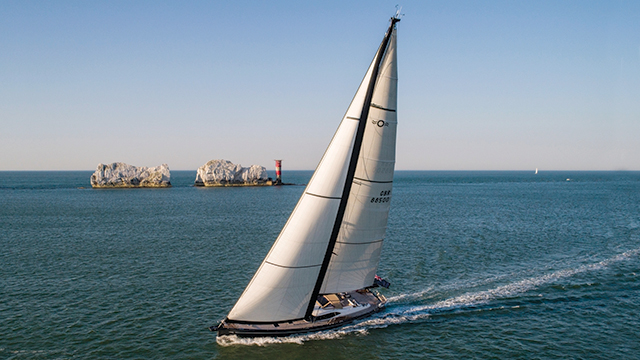 Even though we are still migrating some data, we have already seen huge time savings in the way we work. Elena Simoncini, Design Team Leader, Southampton Oyster Yachts