Part of the University of Leicester Department of Physics and Astronomy, the Space Research Centre, which includes the Space Science and Instrumentation Group and the Earth Observation Science Group, develops scientific instrumentation and systems, working closely with such organizations as NASA and the European Space Agency.

Using NX and Teamcenter enables us to achieve much more. Together they create a cohesive environment, where a range of experts can engage, interact and discuss design issues. Piyal Samara-Ratna, Mechanical Engineer and CAD Administrator University of Leicester Space Research Centre
Partner Highlight

NX is very powerful. NX gives us tools that move seamlessly between the different phases of design and manufacturing, and it integrates the whole cycle. Ivor McDonnell, Senior Mechanical Engineer University of Leicester Space Research Centre

It costs in excess of $30,000 per kilogram to launch a piece of hardware into space, and there is little opportunity to fix problems once it has left the earth. In order to meet performance criteria, scientists and engineers at the University of Leicester Space Research Centre, (also called Space Research Centre or just Centre for short) rely on NX™ software and Teamcenter® software to design, simulate and manufacture to exacting standards.

The Centre has been involved in space research for 50 years, working closely with partners, such as National Aeronautics and Space Administration (NASA) and the European Space Agency. It develops sensors, telescopes, spectrometers and other scientific instrumentation, and associated mechanical structures, electronics and power generation systems. Its project portfolio includes missions to study the Earth and other planets in our own solar system and beyond, as well as other stars and galaxies in the universe. With extensive facilities, including test laboratories and on-site manufacturing, it also conducts interdisciplinary research in Life Sciences, counterfeit technologies, art history and medicine. Staff and students are using NX and Teamcenter, both from Siemens Digital Industries Software, to underpin the lifecycle of projects, such as the first European rover mission to Mars, due to take place in 2018.

“Sending equipment to space involves an extensive development program,” says Dr. John Pye, who manages the Space Research Centre. “Hardware must not only be proven to perform as required, it must have rigorous traceability and quality control. This all has to be done within strict cost and schedule constraints.”

Fifteen years ago, the mechanical design and analysis team started using NX I-deas, which is an earlier version of what is now NX.

According to Piyal Samara-Ratna, computeraided design (CAD) administrator and mechanical engineer at the Space Research Centre, the group was primarily using 3D modeling tools to develop simple configurations, and then using these for thermal and structural testing. “The majority of detailed design was done purely in 2D and manufacturing was performed using either third-party software or manual tools,” he notes. “This methodology led to repetition of the same information, which carried increased risk of error and was not optimum for performance.”

Having just completed the transition from I-deas to NX and introduced Teamcenter, the Centre has transformed its workflow. “The NX modeling tools have removed the need to focus on the production of complex 2D drawings. We make extensive use of parametric modeling techniques and WAVE-linking to create our geometry. When we change dimensions, the whole assembly responds and this allows us to quickly adapt to evolving requirements.”

The Centre runs three 4-axis Tryax milling machines and one computer numerical control (CNC) lathe using NX CAM. These accept models, which come directly from engineers and are managed with Teamcenter. There is also a 3D printer, used for prototyping and demonstration purposes. “We originally used prototyping tools for conference models, but we are now using it more and more for design activities, particularly in integration activities when we need to understand tool access and viewing on screen is not good enough.”

The complete design-to-production cycle is managed through Teamcenter, which is used to collect information such as the toolpaths generated through the manufacturing process. Members of staff can specify request dates and quantities. The manufacturing team adds other data, including traceability information. The sign-off team adds postmanufacture inspection reports detailing the verification process. The Status function is used to protect data and to summarize the process applied, for example, if work was performed internally or contracted out. The entire workflow can be audited as deemed appropriate. 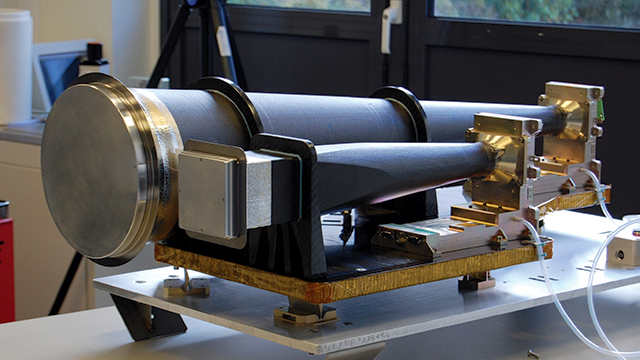 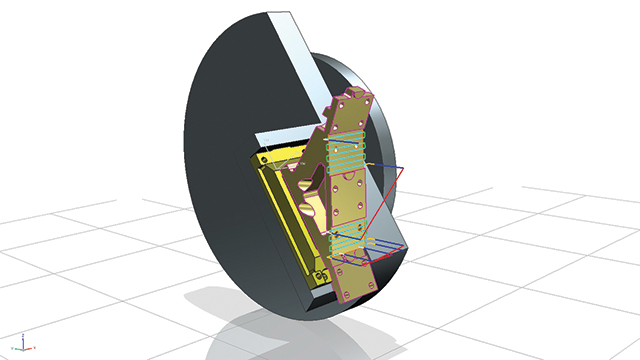 From concept to launch site

“NX is very powerful,” says Ivor McDonnell, senior mechanical engineer for the Mercury Imaging X-ray Telescope (MIXS) instrument at the Space Research Centre. MIXS is due for launch on the European Space Agency’s Bepi Colombo mission to Mercury in 2015. McDonnell notes, “NX gives us tools that move seamlessly between the different phases of design and manufacturing, and it integrates the whole cycle. We have been actively involved in all aspects of the MIXS project, and using NX and Simcenter™ Nastran® we support all the major test activities, including vibration testing to simulate the launch load. We find the NX tools particularly effective at providing good correlation to actual design environments.”

Another project benefiting from the use of NX and Teamcenter is the James Webb Space Telescope (JWST), set to replace the Hubble Space Telescope in 2018. The primary mirror on this telescope is six times larger in area than the one on Hubble, and it has a sun shield the size of a tennis court to protect it. An extremely ambitious project, the University of Leicester is the lead mechanical engineering team for the international consortium developing one of the four science instruments sitting behind the mirror, the Mid Infrared Instrument (MIRI). “We found NX very useful for looking at all mechanical aspects of the instrument and the allocated envelope, including tool access, and for designing the ground support equipment that will be used to transport the instrument to NASA,” comments Jon Sykes, lead mechanical engineer for MIRI at the Space Research Centre. “This is an innovative solution that costs substantially less than typical systems, and we successfully tested it by shipping a prototype model to NASA.“ 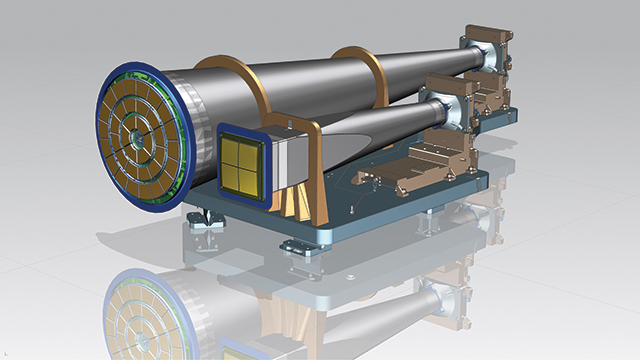 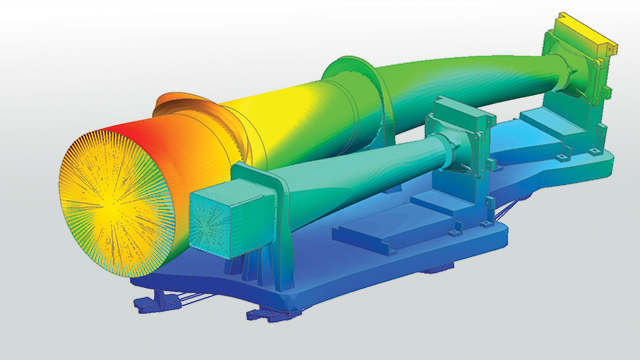 “Using NX and Teamcenter enables us to achieve much more,” says Samara-Ratna. “Together they create a cohesive environment, where a range of experts can engage, interact and discuss design issues. Teamcenter is a single source of information and control. Our instruments designed for the Mars rover, for example, are fully managed within Teamcenter. We have gained both flexibility and protection. Mistakes cannot be propagated through the system, so there is no danger of someone making a change that may have a negative effect. Our electronics engineers are able to export full 3D electronics boards into our models, and the integration of electrical and mechanical design has improved our efficiency and reduced re-design time. As a result, the time from concept to final product is much shorter.”

Samara-Ratna goes on to describe the benefit of collaboration: “We collaborate with multiple institutes, large and small, all using their own software. NX has the ability to handle different data formats and synchronous technology enables us to manipulate models almost as if they were our own design.” 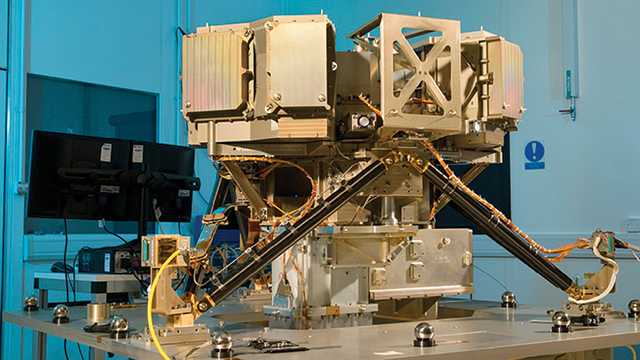 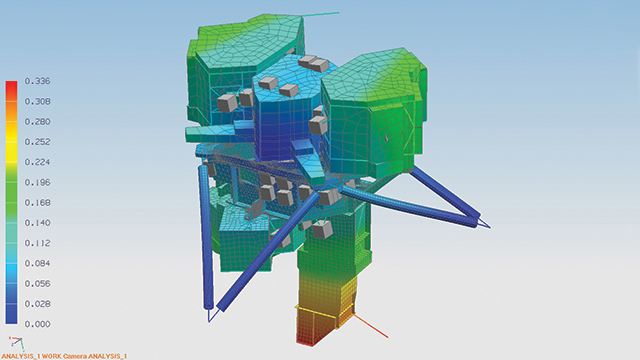 From research to reality

Samara-Ratna happily acknowledge the contribution of the Centre’s supplier, OnePLM. He points out, “The experts at OnePLM do not just provide training and software, they are partners who really help us to get the best out of our tools, particularly with regard to technology transfer. As a result, we are working with English Heritage to scan fourteenth-century tombs for historical artifacts. We are also working with industry to help with the use of additive manufacturing in high-performance engineering applications.”

Samara-Ratna concludes: “The NX product development solution is absolutely fundamental to what we do here and is now an intrinsic part of how we operate. We are making the tools of NX available to more students and extending the benefits from the engineering environment into project management.”

Moins Plus
Learn more about the Aerospace and Defense Industry

Using NX and Teamcenter enables us to achieve much more. Together they create a cohesive environment, where a range of experts can engage, interact and discuss design issues. Piyal Samara-Ratna, Mechanical Engineer and CAD Administrator University of Leicester Space Research Centre