VOP CZ enhances connection between design and logistics with the help of Solid Edge, Teamcenter and NX

VOP CZ enhances connection between design and logistics with the help of Solid Edge, Teamcenter and NX

While the VOP CZ, s.p. (VOP CZ) brand was introduced to the Czech Republic market just a few years ago, the company dates back to the period just after the World War II, when Opravářský závod 025 was estab lished in Šenov u Nového Jičína. In 1989 was renamed Vojenský opravárenský pod nik 025, s.p. Initially, its activities were strictly military, as the company func- tioned as a service organization for the Czechoslovakian army, focusing on repair ing military equipment. Military production and modernization of military technology projects were then added. Today the com pany is still a leading integrator and supplier of cutting-edge modern equip- ment for military purposes for the Army of the Czech Republic.

Recently, however, VOP CZ has also been increasingly focused on civil engineering production. The company expanded to the field of civil engineering and manufactur- ing in the 1990s after restructuring. As part of this expan- sion, it invested considerable effort and resources in the devel- opment of a technological and produc- tion base, and for more than 15 years VOP CZ has managed to assert itself in the highly competitive international market for welded parts and assemblies. In addition, the company is using its mod- ern manufacturing facilities (with powerful machining tools and welding robots backed by extensive experience) in the development of special techniques to develop its own products.

Indeed, the company has recently enjoyed success developing its own product civil sector, a multi-functional loader tool carrier: the DAPPER 5000, which recently introduced to the professional public and very well received. Software solutions supplied by Siemens PLM Software and its partner Industrial Technology System s.r.o. played a key role in its development and design. 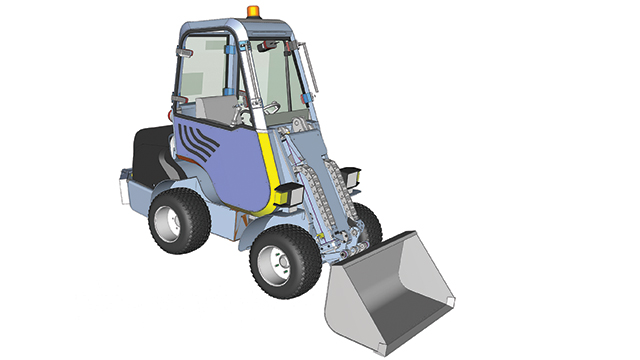 “Virtually the entire DAPPER project was created in a 3D CAD (computer-aided design) application with Solid Edge,” says Ing. Pavel Mikunda, director of research and development (R&D) at VOP CZ. “Initially, 3D models of individual parts were formed, and the subsequent composite assemblies were also tested using the machine kinematics, thus verifying that there were no collisions of parts; for example, such as during the turning of the machine or when using a telescopic arm.”

When developing loaders, the engineers of VOP CZ rely on the product development advantages offered by Solid Edge® software for design, Teamcenter® software for product data management and NX™ software for computer-aided engineering (CAE), all from Siemens PLM Software.

“Modern design tools are a necessity today as they enable us to speed up work,” says Mikunda. “We can use the time saved by our engineers for further development of new machinery and equipment, or to educate them, which is necessary in the development of new products.

“The largest increase in efficiency came with the transition to Solid Edge with synchronous technology, in which new features and capabilities that go hand- in-hand with a more user-friendly environment greatly helped our engineers to work faster and more efficiently.”

CAD systems have been used at the company since 1995 when they were first employed to modernize the T-72 M and T-72 M4 CZ tanks. The engineering department has come a long way with Solid Edge. The introduction of Solid Edge at VOP CZ is associated with another major military project, the modernization of the Czech Army with the wheeled PANDUR II armored personnel carrier. 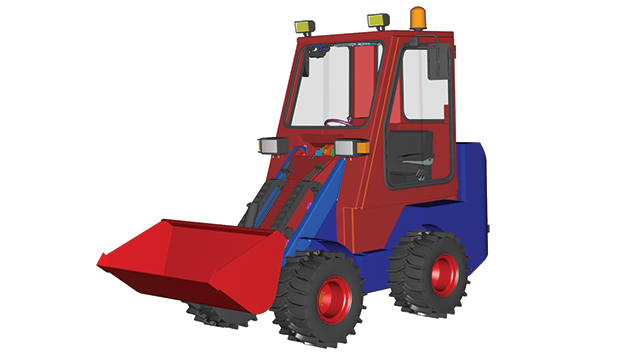 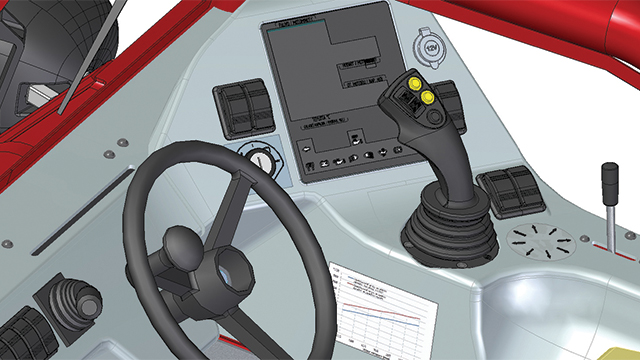 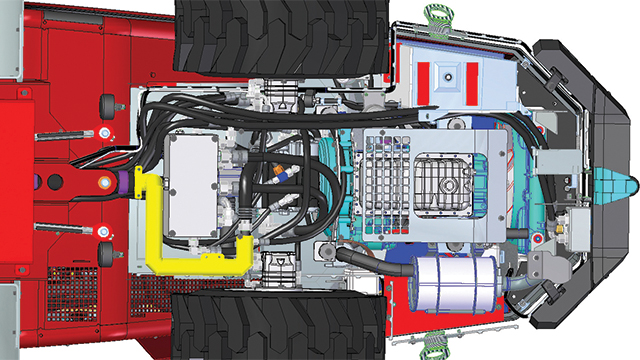 This project was undertaken with the Austrian firm Steyr Arms, and as part of the joint effort, Solid Edge and Teamcenter were acquired for design, project management and work organization.

“The next big change came in March 2013 when we invested in an additional 26 Solid Edge licenses with synchronous technology, including support,” says Mikunda. “By the end of the year, we purchased a floating license for electrical design, frames, piping systems and a module for simple calculations using the finite element method.”

However, this did not mean the end of expanding the software arsenal at VOP CZ; the interconnection of the CAD design solution with other software tools is proving to be critical to enhancing efficiency and achieving greater competitiveness. A few of these tools have been used in the construction of the DAPPER 5000 loader.

“We’ve already purchased NX CAE, and our calculation specialists were trained and are now familiar with the tool in detail,” says Mikunda. “For simpler calculations during the design of fixtures, metal parts and small assemblies, designers have a simulation module available directly via Solid Edge. We acquired NX CAE for complex calculations, such as stressing the arms of the DAPPER. A big plus is the integration of all these tools with Teamcenter.” 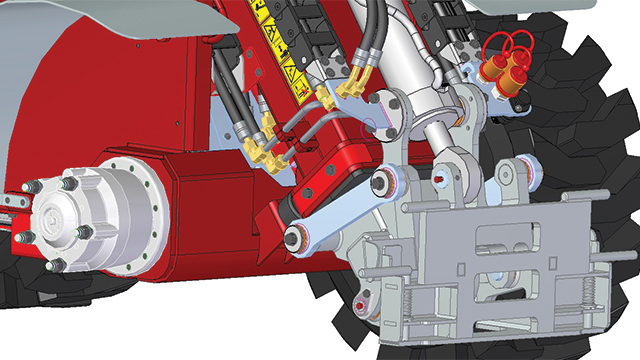 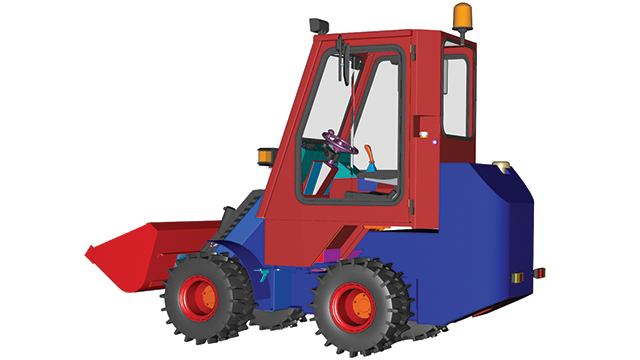 Choosing NX CAE, says the R&D director, was logical because in order to achieve closer integration of the entire process, it was necessary for the new full-featured application to use finite element analysis (FEA) calculations for strength assessments in complex control scenarios, and be fully synched with Teamcenter.

“We want to use Teamcenter throughout our entire company so that personnel in other departments have access to the results of the FEA analyses according to assigned rights,” says Mikunda. “We want to ensure that it is possible to read the data from Solid Edge natively rather than by importing it through the conversion files for CAD geometry. From experience, we know that such transferred geometry is not always accurate after subsequent importing.”

Given the close cooperation among departments, the emphasis on seamless data integration and interdependence of individual design solutions is understand- able. All data created by the company’s designers is utilized by the integrated logistics support department. Among downstream advantages, the data is used to create operational and accompanying technical documentation.