Using Solid Edge with synchronous technology, our design changes are made 10 times faster and customers are extremely impressed with the speed in which Trlby can turn around major engineering change orders. Bob Mileti , President and founder Trlby Innovative LLC
CHALLENGES KEYS TO SUCCESS RESULTS

Trlby Innovative LLC provides diversified product design, development and manufacturing services for a client base that is almost exclusively made up of Fortune 500 companies across multiple industries.

Using Solid Edge with synchronous technology, our design changes are made 10 times faster and customers are extremely impressed with the speed in which Trlby can turn around major engineering change orders. Bob Mileti , President and founder Trlby Innovative LLC

Bob Mileti put the claims to the test: Does synchronous technology really represent the biggest computer-aided design (CAD) breakthrough in more than a decade?

A Solid Edge® user since 2001, Mileti questioned whether he should give up the history tree approach to design that he had mastered at his Connecticut-based product development company, Trlby Innovative, LLC (Trlby). Mileti, Trlby’s president and founder, even considered moving to another CAD system and met with resellers of SolidWorks® software, Pro/Engineer® software and Inventor® software. Those systems all use the old history-based design processes. 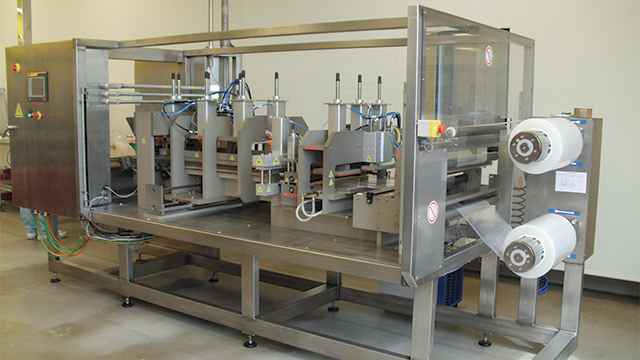 In business for more than 30 years, Trlby is a diversified product design, development and manufacturing company based in Torrington, Connecticut, USA. Trlby is renowned for its expertise in sustainable design and manufacturing and serves a client base that is almost exclusively made up of Fortune 500 companies. Some of Trlby’s current assignments include bioprocess consumables, high-speed packaging equipment, inflatable medical devices and a product that will be used by astronauts working on the International Space Station.

In order to land a new contract, which can often be multi-year and run from hundreds of thousands to millions of dollars, Trlby frequently must convince its customers of the viability of its proposed design solution, from concept straight through to production, in the initial presentation.

Trlby’s presentations have to be clear and compelling to both technical and nontechnical audiences. “A lot of the people who are making these big purchasing decisions aren’t on the ground doing the work with you,” explains Mileti. “They’re higher up and it’s getting more and more like that in the corporate world, where who’s signing the check has less direct project knowledge. But I have to sell them.” 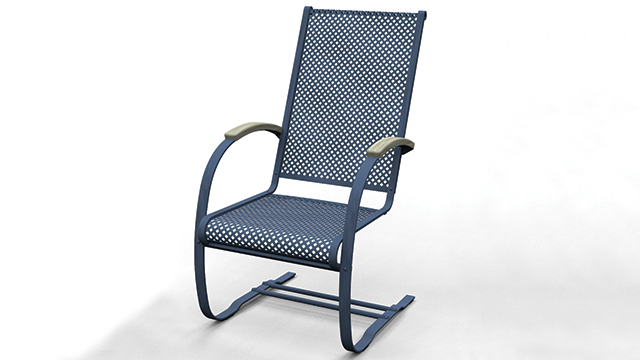 Trlby began using Solid Edge in 2001 after deciding to move away from Computervision’s Personal Designer in favor of parametric history-based modeling, the CAD trend of the 1990s. Trlby evaluated SolidWorks and Pro/Engineer, but considered them to be mere documentation tools.

“I looked at Solid Edge and was sold,” says Mileti. “I became a big fan of Solid Edge. It is a lot of fun.” Use of Solid Edge provides more freedom to play with and move things as a true designer wants to.” But in 2008, Trlby didn’t adopt synchronous technology immediately and even started looking at other CAD systems again. “Back in the early introduction stages of synchronous technology, when I was fighting it and sticking to history-based design, I was concerned I had invested almost 10 years of my time learning a modeling tool,” notes Mileti.

In getting re-acquainted with Solid Edge, Mileti quickly discovered how much the software had moved to the technology forefront: “I remember distinctly in the SolidWorks demo the representatives telling me stuff SolidWorks could do and I said ‘I’ve already been doing that since Solid Edge version 15. Why is that such a big to-do?’”

Mileti notes, “What really struck me during the SolidWorks meeting was when I brought up the SolidWorks kernel change; you could hear a pin drop in the room. They didn’t have great answers. They didn’t know either. The sense of security is missing if I can’t get that from one of their sales people. Why would I consider moving in that direction?

“It dawned on me: In history-based modeling, we all went through confining and doing a great job of using sketches and having workflow that we thought was bullet-proof,” says Mileti. “But the truth of the matter is, when you were asked by a customer to make an edit or change, you’d be up there in the history tree and you’d make that change and see a half-dozen features blow up. We became so accustomed to that that we forgot what a pain it was.”

Mileti explains just why he likes synchronous technology so much: “What I find most efficient in using synchronous technology is in the assembly environment, where you can edit groups of parts at the same time. In the old way, I would have to go into four or five associative parts, update each of them individually and hope the history tree didn’t crash, which was common.”

Trlby uses the assembly environment of Solid Edge to make multiple changes fast. “What has really become obvious is the ability to edit groups of parts at the same time,” he says. “If there are design changes I want to make, I can do it in the assembly and get them all completed in the right place at the same time. In history-based modeling, I had to get into one part at a time and also try to avoid crashing the history tree.” 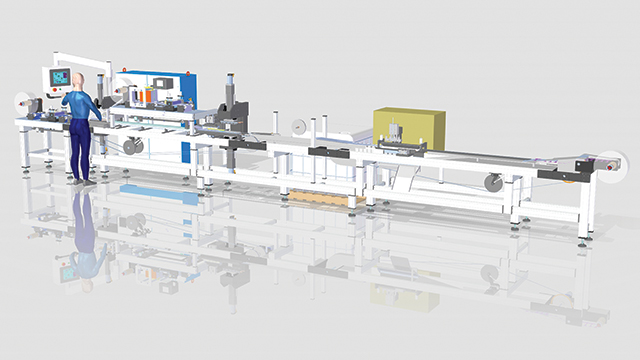 The synchronous technology dividend at Trlby

“The cycle time was important to the customer,” says Mileti. He explains, “With synchronous technology, we made two dozen changes 10 times faster than it would have taken in the old history-based mode. It was so fast we easily met our customer’s tight deadline for getting the equipment up and running in the mill.”

Thanks to synchronous technology, those fast changes greatly impressed Trlby’s customer and the purchase orders came immediately. “They probably thought we had 50 people knocking this out, but it was just me in an afternoon,” says Mileti.

Account renewal and expansion are critical to success. “As a small business, that’s what you go for,” says Mileti. “You’re always looking to make your customers want to use you again. We rely heavily on our ability to secure repeat business and on our reputation for doing so; use of synchronous technology gives us a real edge here.”

Mileti’s advice to anyone still using history-based software is to leverage the way Solid Edge allows designers to use either or both modeling techniques. “I still have the ability to use history,” says Mileti. “Using Solid Edge allows you to stay in that world and start moving slowly into engaging the full functionality of synchronous technology… to play with it, start moving things in and out, and have it both ways. That’s flexibility.”