We set out to build our digital factories of the future. This initiative was not about technology. It was about transforming the way we did business. Kalyan Balsubramanian, Vice President and Chief Information Officer Terumo Americas
CHALLENGES KEYS TO SUCCESS RESULTS

Terumo Medical Corporation (TMC) is a subsidiary of Terumo Corporation, founded in 1972 as the United States expansion of its larger Tokyo-based parent. For nearly 50 years, the company has  continued the Terumo mission of offering the best possible solutions to healthcare providers and the people they serve.

We set out to build our digital factories of the future. This initiative was not about technology. It was about transforming the way we did business. Kalyan Balsubramanian, Vice President and Chief Information Officer Terumo Americas

Terumo charts its course to factories of the future

2021 marks the 100th anniversary of Terumo, a global leader in medical technology based in Tokyo, Japan. Terumo Americas is its largest business, growing to huge product lines across four divisions over the last 50 years, including interventional systems, injection and infusion therapy devices and drug delivery devices. These are life-supporting and sustaining Class 3 medical devices. Headquartered in Somerset, New Jersey, its production sites span North and South America.

Ten years ago, Terumo Americas implemented its first manufacturing execution system (MES), Camstar Medical Device Suite, in its Ashland, Massachusetts cardiovascular division. The goals were to streamline the quality and manufacturing processes and make the product release process more efficient. Delivering significant improvements in productivity, as well as reductions in NCRs and complaints of 40 to 60 percent, Terumo expanded the implementation to their Elkton, Maryland facility.

In 2018, Terumo Americas began a larger digital transformation initiative that included its business logistics layer and its manufacturing operations management (MOM) layer. With SAP S/4HANA selected as its enterprise resource planning (ERP) system, Terumo Americas leadership selected Siemens as its strategic partner for MOM, implementing Siemens Opcenter Execution, which was an evolution of the Camstar solution. These would be the major enterprise systems for their digital factories.

“We set out to build our digital factories of the future,” said Kalyan Balsubramanian, vice president and chief information officer of Terumo Americas. “This initiative was not about technology. It was about transforming the way we did business.”

Terumo Americas is the fastest growing region of Terumo. The management team of Terumo Americas was very clear on its intent to transform manufacturing to the smart factories of the future, not just implement new applications. The goal was to integrate its business logistics layer (ERP) with its manufacturing operations layer (MOM) and connect with automation and sensors – ultimately building the framework for Industry 4.0.

At the same time, Terumo needed to scale its production not only of quality products, but quality processes. The complexity of compliance requirements, especially with the U.S. Food and Drug Administration (FDA), was daunting. The company was laden with paper, with stacks five inches tall to review for the release of every material batch. This review process was taking days and delaying release schedules.

In addition, Terumo recognized that their product nonconformances were almost exclusively related to errors in compliance documentation, not the product. The products were perfect, but the paperwork was subject to human error, data entry mistakes and the like. Terumo sought to streamline the quality and production process to create efficiencies, while at the same time reducing their nonconformances. 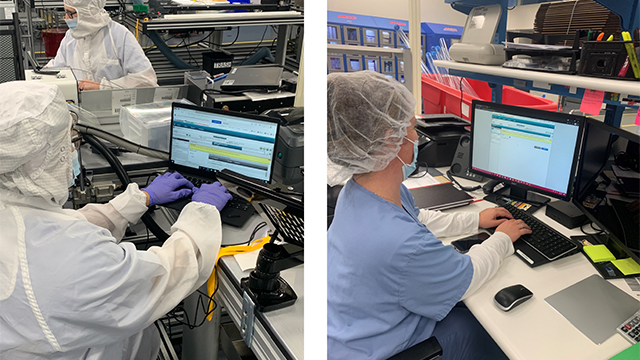 Terumo Americas leadership invested significant resources in charting their path forward. They chose SAP S/4HANA as their ERP standard, and Siemens Opcenter™ Execution for Medical Devices as their MOM solution. Opcenter is part of the Xcelerator™ portfolio of integrated solutions and services from Siemens Digital Industries Software.

“We knew we had to have best-in-class people, best-in-class software, and best-in-class partners,” said Balsubramanian. “The secret path to achieving success was to build the knowledge base in house. The partners we selected were those that would work with us to create this end result.”

Siemens had many advantages identified by Terumo Americas’ leadership team. They noted Siemens’ experience in the medical device industry, its relationship with the FDA, and its knowledge of best practices in computer systems validation. Siemens also offered a proven integration with the SAP system and had successfully implemented manufacturing execution systems (MES) at Terumo BCT/Cardio. In addition, Siemens also had cultivated a strategic partnership and cohesive relationships at executive and operational levels.

Terumo implemented Siemens Opcenter in its facility in Puerto Rico, scheduled to go live on the same day as the SAP solution. The company achieved what they considered the pinnacle of MES goals, the generation of eDHRs. The systems simultaneously went live at their largest site in Elkton, Maryland.

Given the size of the Elkton site, the team used a phased approach, implementing Siemens Opcenter by value stream. They also integrated Siemens Opcenter with their dark warehousing application. “Both implementations were extremely successful,” said Rick Larrieu, vice president of global IT applications and infrastructure at Terumo Americas. “We leveraged the Siemens expertise to help us build the roadmap and the implementation plan. We learned a lot from that experience, which will help us adapt for future deployments, as well as our integration with automation equipment.” 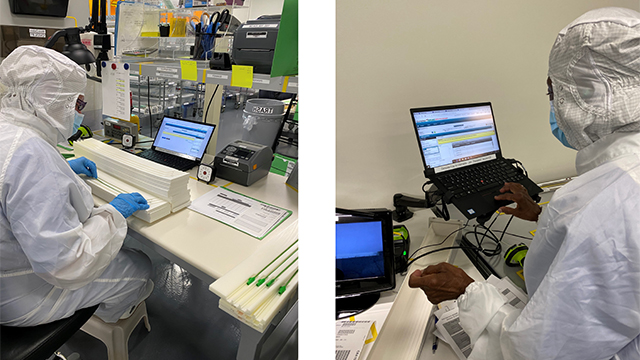 “The transition to eDHRs has been of the utmost importance,” said Larrieu. “Before, we had to review a stack of papers five inches thick for the release of every material batch, which took a full day or more. With Opcenter, we are able to release batches in under 30 minutes.”

The paperless manufacturing environment delivered by Opcenter was transformational for productivity, as well as for streamlining quality processes. Terumo found that its previous product nonconformances had been caused by paperwork and data entry errors. As the MES controlled each of the data entry points, the company was able to reduce nonconformances dramatically.

Digitalization had positive impacts on the culture of the manufacturing organization. “This was not a technology initiative,” said Balsubramanian. “This was more of a people and process initiative. Unlike other enterprise system implementations, an MES is integral to the workflow of supervisors and operators. We had to bring these teams in from the very beginning to design a system that would be efficient and well adopted.”

“As we walked the shop floor, we encountered some unexpected challenges with data entry in our clean rooms,” continued Balsubramanian. “We found that we had to accommodate the physical conditions on the shop floor, including operators in clean room suits. The Siemens team helped us adjust for these types of environments.” The Siemens team also helped the internal Terumo team resolve issues in integrating with its material handling system.

The solution was designed and built to accommodate the way supervisors and operators would interact with it on a daily basis. With the amount of information to be entered, the solution had to be intuitive and efficient so that productivity would not be impacted. The out-of-the-box capabilities, along with few configurations, allowed them to present a solution that the operations as well as the shift supervisors were comfortable with. The flexibility and ease-of-use of Opcenter was noted as a huge benefit in this area. 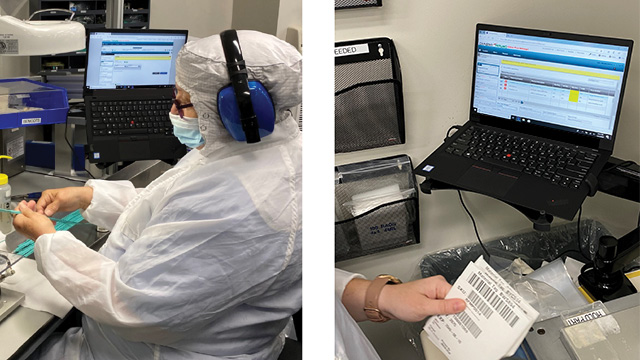 Terumo Americas is bringing the Industry 4.0 framework into their factories. The roadmap includes four levels of transformation. At the business logistics layer, Terumo plans to have a single instance of SAP for all entities in the Americas. At the MOM layer, the company is standardizing on Opcenter as a single platform for all factories in the Americas. At the automation layer, Terumo plans to integrate both the business logistics layer and the MOM layer with the production control layer, including equipment and sensors. The company ultimately will realize their vision of the digital twin, with the physical factory represented completely in the digital realm.

“Strategically, we have chosen the Siemens Opcenter platform to enable our smart factories for all entities in Terumo Americas,” said Balsubramanian. “Production control and production engineering systems are where we are headed, and we are thankful for our strategic relationship with Siemens. They will continue to help us go down this road.”

The Siemens Xcelerator portfolio enables life sciences companies to develop digital twins of product, production, and performance in the field. The approach of an open, flexible ecosystem allows the connection of enterprise systems, like SAP, to complete the digital manufacturing infrastructure. The resulting digital thread connects multiple factories, locations, operations and functions with a single, cohesive thread that creates quality and operational efficiency. This digital transformation is helping companies with innovation efficiency, regulatory compliance, and faster growth.