Driving the future of engine development with CAE

Driving the future of engine development with CAE

A leader in combustion engines

As the largest internal combustion engine producer in China, Guangxi Yuchai Machinery Co., Ltd. (Yuchai) has not only undertaken several major research and development (R&D) projects at the national level, but has also played an important role in promoting the innovative development of China’s engine industry. As competition in the automotive market increases, a combination of market needs presents many challenges for product design, including increased quality, product diversity, acceleration of product updates and others.

Computer-aided engineering (CAE) software plays a critical role in allowing an enterprise-level information system to be used to effectively reduce product design cycles, helping to improve product quality and realize more effective collaboration. Yuchai selected Siemens Digital Industries Software from among many software suppliers as its partner from design to development, and from applications to services. Lu Xianglin, deputy manager of the CAE verification department of Yuchai’s Engineering and Research Institute, is in charge of the project and the main user of NX™ software and Simcenter 3D software. He and Zhou Yangchun, chief of the structural analysis section of the CAE verification department, have rich practical experience and in-depth, unique insights into the enterprise’s development status and product planning, as well as the upgrading and optimization of CAE tools. 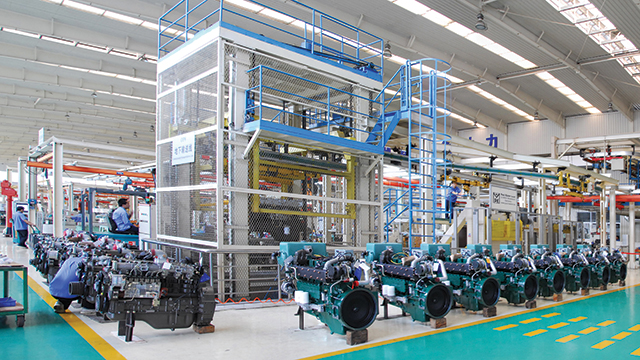 As an independent engine producer, Yuchai manufactures various models of light, medium and heavy engines that are widely used in automobiles, construction machinery, agricultural machinery, vessels, power generators, and other applications. For new products, Yuchai has established a set of strict development procedures that clearly define the work for each stage. The CAE department plays an indispensable role in the whole product development process. For example, CAE now primarily verifies the feasibility of product programs at the design stage and plays an important role in selecting optimal programs.

All of the engines developed by Yuchai have been subjected to comprehensive CAE analysis in compliance with Yuchai’s development procedures. Analysis yields many constructive suggestions for improvement that contribute significantly to product quality and development cycle reduction. The CAE department also plays an important role in such aspects as quickly completing troubleshooting and other processes when conducting failure analysis at the test stage. For example, a collision once occurred between the valve and piston of an engine model developed by Yuchai. The company made efforts to determine the cause but initially failed. To the company’s surprise, within three days after their intervention, members of the CAE department identified the true cause: an assembly error caused by incorrect markings made by the supplier during the machining process.

Such instances fully demonstrate the advantages of CAE software. Among many other CAE solutions, Simcenter 3D software had the unique honor of being adopted by Yuchai due to its suitability, accuracy, reliability and other characteristics. Simcenter 3D (formerly NX CAE) which is built on the NX platform and hence provides a seamless CAD-CAE experience when used with NX for CAD, has been used in Yuchai’s innovation and development activities for almost 20 years.

With increasing competition in the automotive market, high quality, diversity and flexibility have become the key features of production. According to Lu and Zhou, changing market demands not only affect corporate strategies and decisions, but also result in many product development problems and challenges.

Firstly, market demands for personalized products lead to an increasing number of product categories. Engine development involves a variety of CAE simulation and analysis, and because simulation is used throughout product development, there are often conflicts between the needs for CAE analysis and limited analysis resources, making it impossible to promptly feed CAE analysis results back to design engineers.

Increasing system complexity requires cross-department cooperation during the product development process. However, designers and CAE analysts typically belong to different organizations that must communicate and coordinate their efforts. CAE analysts propose improvements, and design engineers revise designs accordingly. This cycle is repeated again and again, making it impossible for CAE analysis to closely follow project timelines and make full use of their abilities.

In addition, CAE applications were traditionally not widely used at Yuchai. They were used by a few CAE engineers for simulation. Structural optimization was not performed for most parts, and product design engineers’ demands for CAE were increasing.

There were also problems with processing data during the complex simulation model preparation process. It took a long time to convert and repair CAD data when importing into the CAE software, and models were susceptible to errors.

Finally, the CAE team’s tasks were very challenging. They usually did not immediately begin analysis; instead, they worked through a queue of backlogged CAE tasks. CAE analysis results could not be transferred to design engineers until several days or even weeks thereafter. The analysis bottleneck made it impossible to maintain pace with the project progress. Designs were sometimes directly released for trial manufacturing before CAE analysis. 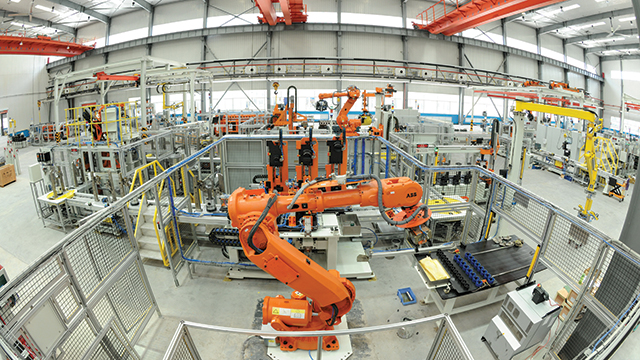 Early in 2000, Yuchai began using NX software products. Today Yuchai uses NX as its design software, integrated CAE capabilities from Simcenter 3D, and Teamcenter® software as its product data management (PDM) solution. The primary applications include product design, engineering drawing, mold and die making, and CAE analysis, among others. As the application of Simcenter 3D software becomes broader and deeper, Yuchai has not only mitigated the multiple conflicts between market demands and development workload, but also effectively reduced product development cycles and streamlined the overall development and design process.

Discussing the selection of Simcenter 3D as Yuchai’s simulation software, Lu and Zhou analyzed and compared alternatives based on their own hands-on experiences. Several factors influenced the decision in favor of Simcenter 3D.

Because designers use NX as their CAD tool and because Simcenter 3D is also built on the NX platform, using Simcenter 3D does not require them to change their working practices. Users can seamlessly move from using CAD functionality to performing CAE analysis, all within the familiar NX interface. This familiarity promotes more widespread use.

Simcenter 3D and Teamcenter are seamlessly integrated, enabling CAE users to directly read CAD model data from Teamcenter; in contrast, other CAE software products must read CAD data through an intermediate and are susceptible to loss of CAD model data.

The automatic meshing capability of Simcenter 3D is powerful and requires no assistance from third-party software. A model with 1,000,000 degrees of freedom can be meshed in only 10 minutes. It is simple and fast without the complex preprocessing required by other meshing tools. 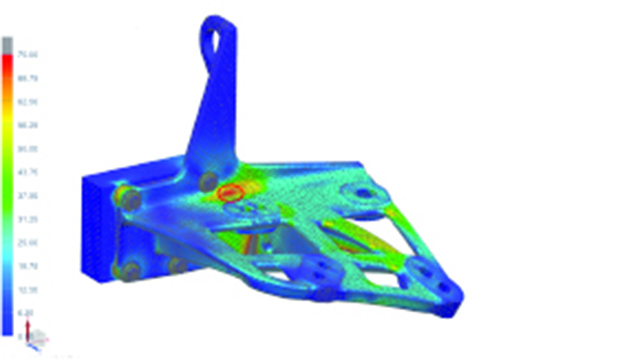 With continuous development, Yuchai also changed its use of CAE to meet its business requirements. Yuchai divides CAE work into two fields: “innovative” and “mature.” The mature field addresses a lot of simple and repetitive work. NX enables automation of such work by leveraging simple and easy-to-use simulation templates, built by CAE experts using Simcenter 3D, that can be employed by designers to execute a guided CAE analysis process. Yuchai has developed three CAE templates based on the programming functionality of NX and Simcenter 3D and has made them available for use by designers.

The use of NX along with Simcenter 3D at Yuchai has enabled another change in process: design engineers can analyze their part designs by themselves, without transferring simulation work to the CAE department or waiting or converting models, which saves a lot of time and enables CAE analysis to be applied effectively throughout the project. Meanwhile, design engineers can use CAE to analyze several alternative designs and select the best design for trial manufacturing. A key advantage is that after designers modify the NX CAD model, the Simcenter 3D analysis model is automatically updated, enabling engineers to rapidly compare several designs.

Lu and Zhou emphasize that with continuous product innovation and development, Yuchai still needs to standardize the process of each calculation to form its own simulation processes and database and build the company’s design expertise. The company plans to continue to conduct in-depth custom program development so that professional simulation engineers can focus on analysis of the results and develop more easy-to-use tools for design engineers. Yuchai will partner with Siemens Digital Industries Software to continuously improve its capabilities for greater achievement. “Yuchai develops markets through outstanding products, wins customers through high quality, and drives the future through innovation” says Lu. “With the strong support of Siemens Digital Industries Software, we will certainly build a brighter future.”