The stability of the warehouse has been visibly increased by the virtual commissioning with Plant Simulation. Dietmar Lenk, Engineering Logistic Manager Ferrero

Siemens’ worldwide presence, the excellent technology and the good partnership facilitate our work immensely. I am looking forward to the next joint project. Dietmar Lenk, Engineering Logistic Manager Ferrero

A high-bay warehouse, which can be used to store hundreds or thousands of pallets from 12 to 50 meters high, is both a dream and a nightmare for logistics professionals. It is a dream because a large number of goods can be stored using relatively little floor space. The more mechanical and automated the processes there are between storage and retrieval, the faster the goods can reach the customer in good shape. However, due to the complexity, until a high-bay warehouse is set up and all processes are running smoothly, it can be a nightmare for planners.

Ferrero is breaking new ground with Plant Simulation in the Tecnomatix® portfolio. It is used in combination with SIMATIC automation to rapidly commission a high-bay warehouse.

Tecnomatix is a part of the Xcelerator portfolio, the comprehensive and integrated portfolio of software and services from Siemens Digital Industries Software.

The Ferrero Group is a third-generation, family-run business with annual turnover of 12.3 billion euros. The headquarters are located in Alba, a northern Italian town in Piedmont where the grandparents of the current company manager, Giovanni Ferrero, started a pastry shop and confectionery factory in the 1940s. Many childhood memories are closely linked to Ferrero when you see Kinder Chocolate (Kinder Schokolade) or Kinder Surprise Eggs (Überraschungseier) in the store. The collectible pictures from duplo and hanuta, especially for the soccer World Cup or European Championship, are legendary. They produce many iconic brands such as Mon Chéri, TicTac and Ferrero-Küsschen.

High-bay warehouses are indispensable for Ferrero, which seeks to bring goods into the distribution cycle as quickly as possible after production. They form a strategic node in the process chain between production and sales. However, commissioning is often complex and lengthy. For an automated high-bay warehouse, such as the one recently built at its headquarters in Alba, Ferrero regularly took 25 months from planning to completing the run-in phase. Due to the large quantity of goods, every day lost incurs significant costs.

Ferrero prepared for commissioning once the building was ready for occupancy and the shelves with the stacker cranes and conveyor belts had been set up. The first step was to develop specific control programming with programmable logic controller (PLC) and supervisory control and data acquisition (SCADA). It began in parallel with the last phase of construction. Commissioning was undertaken only when the logistic equipment and controls had been installed and programmed tests run. Due to the complexity and because pallets are moved with conveyors and stacker cranes, this time-consuming process lasted six months. 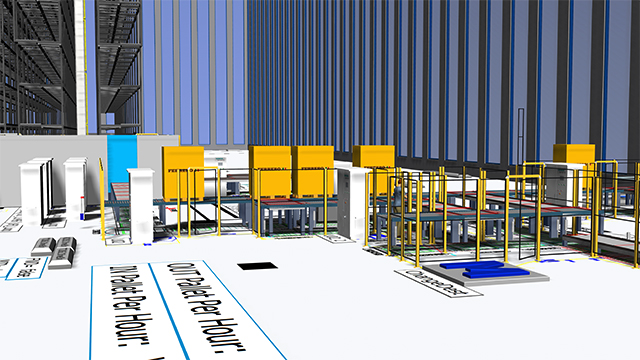 After commissioning, the warehouse is considered technically completed and must already offer an 80 percent availability before being connected to the enterprise resource planning (ERP) system. Once the three-month extended warehouse management (EWM) integration has been completed, the real operation begins with a two-month ramp-up phase. During this phase, the performance is slowly fine-tuned until the overall system, which consists of transport technology, controls, material flow system (MFS), warehouse management system (WMS) and ERP, works together smoothly. Six months after the go-live phase, a 98 percent availability must be achieved.

Ferrero benefits from the versatility of its technology partner Siemens, as the various divisions offer both the installation of high-bay warehouses and PLC controls with drive technology and automation. Dietmar Lenk, engineering logistic manager at Ferrero, is responsible for commissioning high-bay warehouses. For his last project at the Alba headquarters, Lenk and his team dared to do something new: virtual commissioning. Since his original expertise is in automation technology and as he has been following the development of Siemens in the field of virtualization for many years, Tecnomatix Plant Simulation was chosen for the task. Although Plant Simulation was originally developed for material flow simulation in manufacturing plants, it can meet the high requirements of the warehouse logistics sector as well. The aim was to cut commissioning time by 30 percent.

Since there had not been a project in the field of high-bay warehouse logistics, Siemens first set up a library with the required standard components in Tecnomatix Plant Simulation. This basic effort is necessary once, but later projects benefit from it. Although it took nine weeks, Lenk remained relaxed: “From similar previous projects, I know how important it is to leave a certain amount of time for trial variants,” says Lenk.

“Faster project results are accomplished later with additional higher process quality. The commissioning of the high-bay warehouse in Alba, which included 8,000 pallet spaces and four stacker cranes, took 13 weeks with virtual support. In 2019, we put an almost identical high-bay warehouse into operation in a conventional way in Pozzuolo near Milan. However, the team responsible for this was larger and we needed 19 weeks. The savings target was therefore achieved right away!”

Three weeks instead of six months

Three weeks after the start in Alba, a first availability test was run according to the rules of the European Materials Handling Federation (FEM) 9.222. The rules of FEM for the acceptance and availability of sys- tems with stacker cranes and rack serving units are a recognized standard. The target availability of 98 percent, which normally takes six months, was achieved in just three weeks, a reduction of 88 percent.

“The stability of the warehouse has been visibly increased by the virtual commissioning with Plant Simulation,” says Lenk. “We already reached the necessary availability months ahead of schedule due to the high quality and expressiveness of the comprehensive digital twin. At completion, craftsmen and fitters usually crowd with our engineers on the construction site, which does not make commissioning any easier. With virtual commissioning, we can work much earlier in a relaxed office atmosphere.

“This is an invaluable advantage. The spatial proximity facilitates coordination. Until now a PLC programmer, for example, sat at the controllers while the SCADA colleague was at the other end of the hall. Coordination was carried out by radio. If a problem occurs, it may not be so easy to reproduce it under real conditions. If, on the other hand, all programmers are in one room and can follow the project together, this makes things much easier because everything happens virtually on one system and is exactly reproducible.

“The reliability of these simulation results accelerates the project and improves quality in the real operation. We can test all of our automation technology programs around the PLC control in advance and under optimal conditions. This way, we detect around 95 percent of the errors and have significantly less stress in the last hot phase. If we would carry out the commissioning in real life as it was done before we used a comprehensive digital twin, the physical inaccuracies that do not have their cause in a poorly programmed control logic would be added.”

“These physical inaccuracies can be, for example, damaged pallets or shrink-wrapping remnants that irritate a sensor. In the past, these malfunction sources mixed and it took us a long time to safely separate them from each other. Today, with virtual commissioning, it looks like we probably no longer need the two-month ramp-up phase to stabilize the processes. This makes us extremely optimistic, which is why we are using Plant Simulation to tackle the next high-bay warehouse in Arlon, Belgium, with 12,000 pallet spaces and five stacker cranes.” 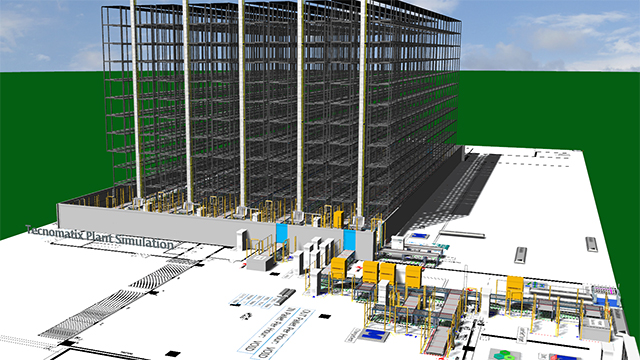 The performance and accuracy of Tecnomatix Plant Simulation in material flow simulation are remarkable. After all, all 6,000 sensors and 230 drives were mapped. Where the limits of physics limit the time horizon for a real commissioning, they are extended with virtualization. Real pallets can only be accelerated to a certain extent before the inertia of the mass causes problems. Accordingly, it takes a long time for the real pallet to complete a full run. The virtual model can be easily accelerated, which in turn speeds up testing and programming. Tecnomatix Plant Simulation can be used to achieve a 50,000-fold acceleration compared to real time. For the virtual commissioning sector, the PLC control system previously set the pace with 1:1 real time. The combination of Plant Simulation and PLCSIM Advanced enables the customer to overclock the time base. The application programming interface (API) between PLCSIM Advanced and Plant Simulation takes care of the synchronization between both systems, taking into consideration the overclock speed. In this way, the simulation can be connected and executed without any PLC code modification.

“For us, the first step towards virtual commissioning in Alba was a stroke of luck,” Lenk says. “Although we had a Corona virus-related shutdown of the construction site for two-and-one-half months, we did not have a standstill in automation development, thanks to virtual commissioning! If we had physically put it into operation, we would have fallen behind accordingly. The new type of factory acceptance test was not provided for in the project plan, which we were fortunately able to carry out virtually due to the Corona restrictions. For our next project in Arlon, Belgium, we will also carry out the operator training for automation and SCADA technology on the comprehensive digital twin. This suits us very well, because this was previously only possible shortly before the real start, and with the real start the time windows for training courses have been small.” 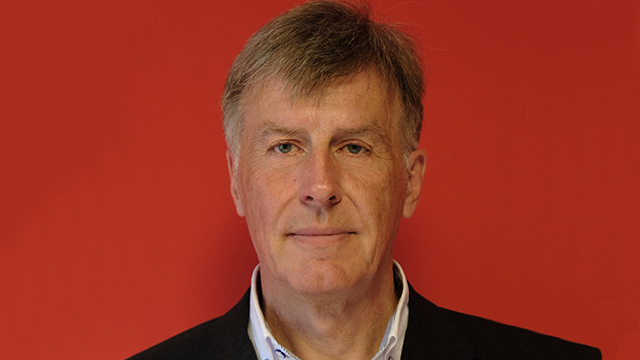 Lenk attaches great importance to the definition of virtual commissioning during order picking: “We have different designs here. I stick to a representation of the VDI in the form of a layer model. There the ERP system is located as the top layer. These include the four possible areas against which virtual testing can be carried out: the WMS, the MFS, the control level with PLC and the technical level with transport and stacker and stacker equipment. Some people already talk about simulation when only the WMS system or other individual levels are virtualized. According to the VDI definition, this is not simulation, but the emulation of individual test areas. According to VDI, simulation is defined by what Plant Simulation offers as the virtual model covers all four areas and ranges from automation, including the PLC software to communication with all systems and the mapping of the hardware. Only the comprehensive presentation of Plant Simulation enables a realistic test environment with reliable results.”

In Alba, a proprietary WMS system is still in use. For the subsequent high-bay warehouse in Arlon, Belgium, the focus is on including Ferrero’s usual SAP EWM module. It includes the WMS and MFS. With Plant Simulation, the storage and retrieval processes are optimized by virtually playing through different strategies. In addition, stress tests are carried out. Furthermore, tests can be carried out with software updates from SAP EWM in a protected virtual environment before they are imported. In addition, the many small change requests that occur again and again in an ongoing high-bay warehouse operation can now be easily played through in the simulation before the optimal variant comes into play in real operation.

Completing virtual commissioning for the first high-bay warehouse will simplify work for Ferrero in the future and represents a significant step forward: “Siemens has managed to support us very well across various areas and to further optimize our processes,” says Lenk. “Starting with the construction of the high-bay warehouse and through the technical equipment to the automation and simulation, we receive everything from one organization. Siemens’ worldwide presence, the excellent technology and the good partnership facilitate our work immensely. I am looking forward to the next joint project.”

The stability of the warehouse has been visibly increased by the virtual commissioning with Plant Simulation. Dietmar Lenk, Engineering Logistic Manager Ferrero