Compared to the initial stiffness of the nonoptimized prototype, we increased torsional stiffness by 150 percent while increasing the monocoque weight by only 12 percent. Alessandro Giusto, Co-founder EXEPT S.R.L
CHALLENGES KEYS TO SUCCESS RESULTS 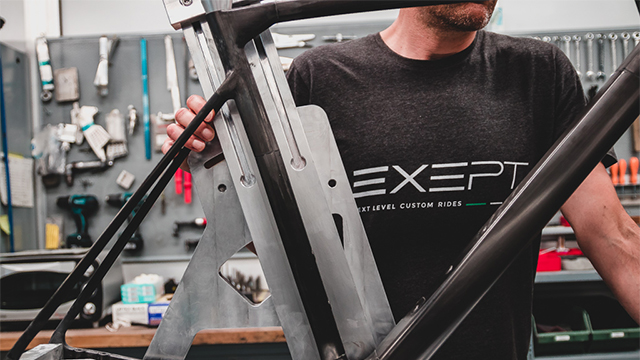 In his experience in engineering companies in the aerospace and sporting goods industries, Giusto had the opportunity to learn and appreciate Simcenter™ Nastran® software, specifically the finite element modeling, and the pre- and post-processing environment of Simcenter Femap™ software from Siemens.

“In aerospace, Simcenter Nastran is a de facto choice and we also used Simcenter Femap in our company,” Giusto remembers. “In six years, from 2007 to 2013, I acquired advanced skills with these tools, then I was in charge of the calculation department at Continental, where nonlinear analysis is performed using totally different tools.”

As a result, when the EXEPT project began, Giusto immediately reactivated his contacts with Siemens. “We did not need comparative analysis or benchmarking,” he says. “I knew we needed Simcenter Nastran, and the quality/price trade off for Simcenter Femap was excellent. All I had to do was call Siemens to explain our requirements and get an adequate offer, which we accepted immediately.” 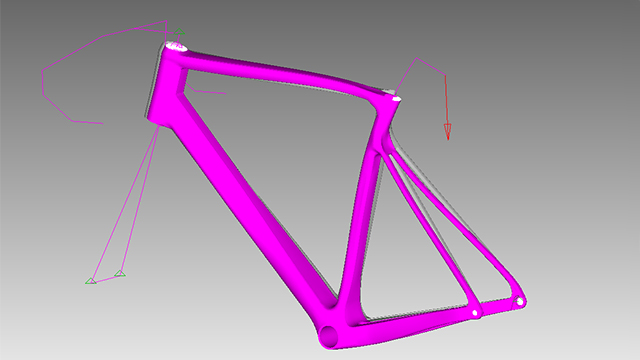 “Compared to the initial stiffness of the nonoptimized prototype, we increased torsional stiffness by 150 percent while increasing the monocoque weight by only 12 percent,” Giusto says. “In this phase, Simcenter Femap offered huge benefits in terms of time and costs, enabling us to test and analyze the layering and direction of fibers only in the virtual domain, without increasing the quantity of material used.”

At the end of June 2018, the excellent performance of EXEPT’s custom monocoque and the reliability of Simcenter Femap simulations was confirmed and certified with tests by an independent German laboratory: The deviation between real test and simulation was below 5 percent.

“We purchased Simcenter Femap with Nastran in September 2017 and started to laminate carbon in January 2018, delivering the ply book at the end of March. With Simcenter Femap, it took less than three months for over 80 iteration cycles. Just consider the average lead time for a brand bike is two years. We launched our model in July, having started to work on it less than one year before.

Giusto has no doubts when asked to list the key benefits of Simcenter Femap: “The key success factor is post-processing. Simcenter Femap is definitely the best of all post-processing engines I have used in my career. Simcenter Femap with Nastran has a complete environment for linear stress analysis of composites structures, which is suitable for our tasks. The Siemens software allows us to query the model and extract as much information as possible from structures like our frames; for instance, using free-body analysis to identify the interplay of forces inside the structure.”

The clear and intuitive visual display of Simcenter Femap helps the user understand the model better, and provides advanced reporting tools for data extraction. As a result, the model construction is intuitive, fast and lean.

“When I started to work full time with Simcenter Femap and Simcenter Nastran to simulate our frames, I did not start from scratch, but still I needed some training to refresh my memory after seven years using different software. Anytime I have a problem, I just have to pick up the phone and the engineers are always ready to answer questions to my full satisfaction. They can indicate the best way to approach analysis with a limited budget while using the best-fitting software configuration for our needs, regardless of the situation.”

With the advanced FEM capabilities of Simcenter Femap, EXEPT can execute sophisticated and critical simulations, static and dynamic tests, and simulations of complex mechanical events like falling and impact. 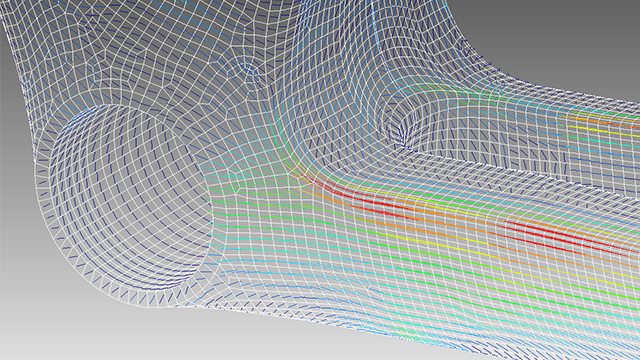