We have cut 15 percent off overall development time, but what is more important is that the design that we release is a lot better and has 50 percent more detail. Justin Olesinski, Managing Director Bernard Olesinski Limited
CHALLENGES KEYS TO SUCCESS RESULTS

We have cut 15 percent off overall development time, but what is more important is that the design that we release is a lot better and has 50 percent more detail. Justin Olesinski, Managing Director Bernard Olesinski Limited

A passionate and intensive design process

Since 1972, the name Bernard Olesinski Limited (Olesinski) has been associated with practical and efficient elegance in which engineering requirements integrate seamlessly with performance, exterior lines and interior comfort. Olesinski’s naval architect studio designed the 40 meter (m) Imperial Princess, which was a winner at both the 2013 Asia Boating Awards and the 2013 World Superyacht Awards.

Olesinski’s team of designers, engineers and naval architects are also enthusiastic siemens.com/nx and successful sailors, with a deep understanding of performance in the water. From 7.5m sports boats to 41m oceangoing superyachts, the company’s designs are renowned for their sea-keeping qualities, efficiency, deep-V hulls and signature style. 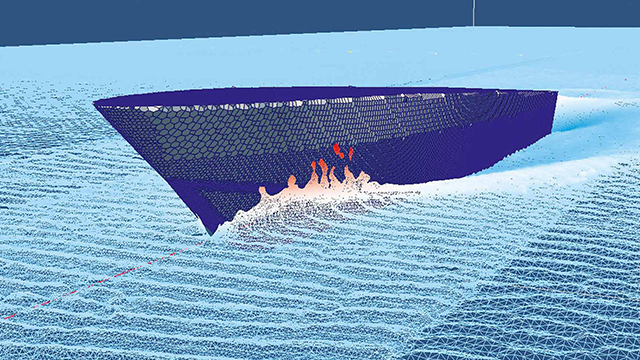 Sailing ahead of the standard

Olesinski provides a complete package and that is a major success factor for the company. All departments work as a team, complementing each other to develop a design in an optimized parallel process, rather than a sequential one. For this reason, Olesinski was one of the first naval architects to recognize the benefits of 3D computer-aided design (CAD), which it has been using for 20 years.

“The design of a new superyacht is a passionate and intensive process,” says Justin Olesinski, who is responsible for day-today management within the business founded by his father. “Throughout the journey from concept to launch, we work closely with our clients as we combine their dreams with our knowledge and the technologies we’ve invested in to create an inspiring design that suits their needs. We use NX software all the way through.” 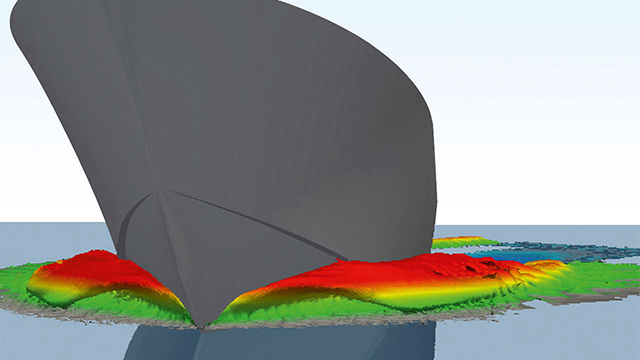 The pressure to deliver

For thirty years, Olesinski has been compiling design data, particularly with regard to the shape and behavior of hulls. It has developed an in-house program, Hull and Hydro. This not only creates mathematically fair, smooth curves, it also automatically manipulates the hull form and volume, taking into account the center of gravity, weight and height of the yacht, plus the length of its deadrise (the angle of a hull’s V shape). The studio also conducts its own computational fluid dynamics (CFD) simulations, so that designers can run as many variants of a hull shape as they wish, without the need for tank testing.

Despite the operational efficiencies it has achieved, the company has to contend with an ever-quickening product cycle. Justin Olesinski notes that over the past few years the lifespan of a design has decreased from about five years to less than four. As the company normally launches four boats per year, with maintenance before and after a launch and subsequent upgrades and modifications, the pressure to deliver has mounted. “We really do need a system that allows us to re-use information and pass design data easily to manufacturers, and that is exactly what NX does. NX has become the common line that connects the initial concept to the final product launch. All our other specialist technologies plug into it.”

Justin Olesinski describes the design process: “We start with hand–drawn concepts, move to quick 2D sketches, and then begin creating the 3D model using NX. As the design evolves, we move data in and out of NX. For example, after we have defined a Class A surface within Hull and Hydro, we transfer that 3D information into NX as an ibl (IBasic Component Language) file. All the surfacing regenerates and the model updates.” Likewise, NX™ software is integrated with OpenFOAM open source CFD software; Nastran® software (compatible with NX) is employed for finite element analysis (FEA); and a specialist program is used for interior layouts. He adds, “Designing is an iterative process and NX allows integration of all our disciplines. Through NX, we move all the elements along together. At any point in the process, the product works as a whole.” 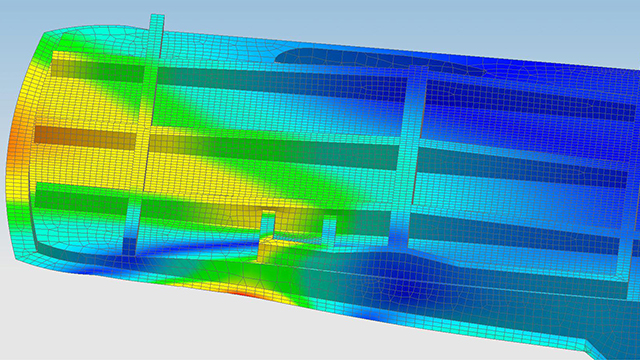 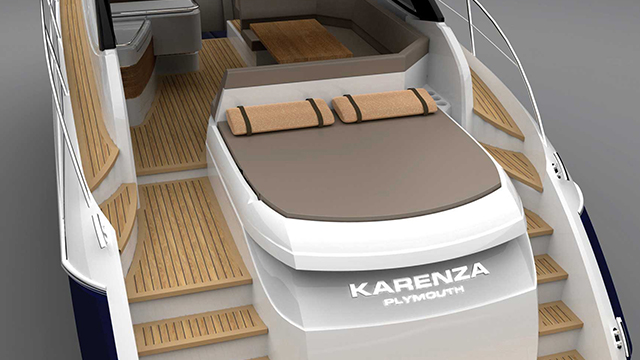 Meeting the demand for big boats

Justin Olesinski explains how NX has enabled the team to improve the design process: “Previously, the sequence included concept, preliminary and final design stages, but with the emphasis very much at the end when many aspects of the design (such as fitting the structure of the hull) came together. Now we focus more attention at the start of the process and we reach earlier confirmation of final design. As a result, we have cut 15 percent off overall development time, but what is more important is that the design that we release is a lot better and has 50 percent more detail. 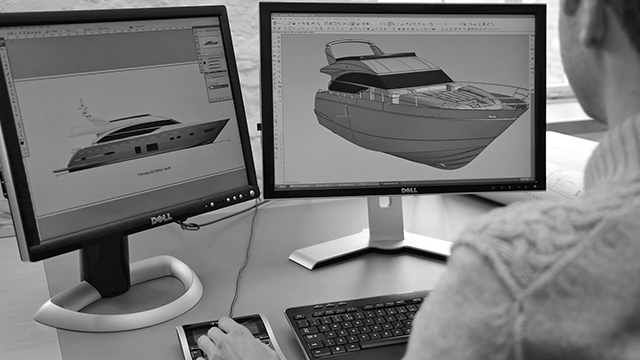 “As we push structures ever closer to the regulations, the level of detail and calculations has increased tenfold. We also now assemble third-party components into the NX model, such as drop-down bathing platforms, drop-down balconies and sunroof mechanisms.” All of these were previously fitted on the job by the manufacturer. By passing on such highly detailed design data to its customers, Olesinski saves them finishing work, and enables them to build, launch and sell boats more quickly.

Olesinski has doubled the size of its design team in the last five years, yet the company has produced the same number of boats per year. The reason for this is that the boats are much bigger. “Since 1970, the volume of boats has risen exponentially and design input has increased in line with that, particularly at the margin,” says Justin Olesinski. “Whereas it now takes us one year to develop a 32m boat, it takes three years to develop a 40m boat. In terms of investment, the cost of developing a 40m yacht may be £40 million, but a 50m boat could cost up to £100 million. With NX we can easily re-use existing data and minimize new product development costs.”

Olesinki has a support contract with Siemens Digital Industries Software, so that it benefits from the latest NX developments. In addition, with its business expansion, the company is now considering the implementation of Teamcenter® software.

With its wealth of design experience, including some extremely large superyachts of 135m, Olesinski is now marketing its services for designing superyachts and megayachts over 50m in length. Justin Olesinski notes, “An Olesinski hull is the inspiration and is what people buy. NX provides one cohesive system that brings us closer to our customers and enables speedier launches.”