At the request of WorldAutoSteel, Siemens PLM Software provided the noise, vibration and harshness (NVH) engineering expertise for the concept design phase of the project. It was decided that the FSV project should take a holistic multi-attribute approach to the vehicle and body concept design, including front loading NVH engineering to prove that a lightweight vehicle concept could achieve the multi-functional performance (including crash, comfort, noise, etc.) expected of a modern automobile while reducing body mass. 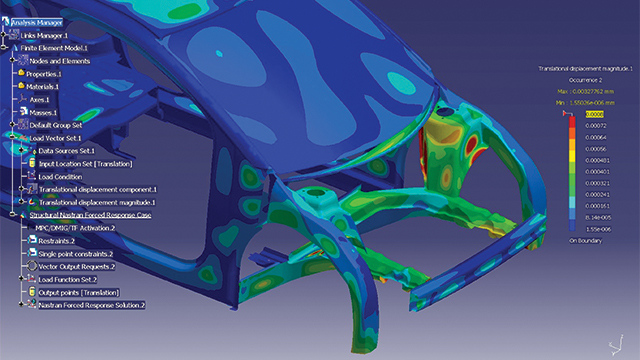 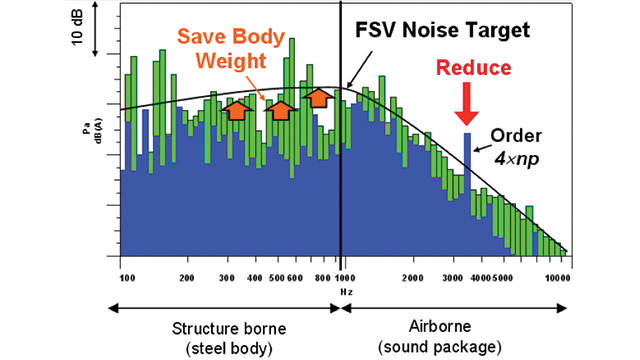 The high-frequency pure tone noise gener-ated by the electric motor is a problem that will be faced by the NVH departments of automotive manufacturers now and in the future. The high-frequency pure tone noise can easily be controlled with absorp-tion materials, but the downside is generally an increase in mass. Siemens PLM Software engineers used the tone-to-noise ratio (TTNR) and prominence ratio (PR) to analyze and quantify the problem on the FSV. These figures for sound quality assessment are becoming more widely considered for EV applications as they allow engineers to focus on the detail of the sound quality. It was expected that a 3-dB reduction in the prominent frequencies could be obtained by adding about 1 kg in weight, which is small in comparison to savings elsewhere in the sound package. 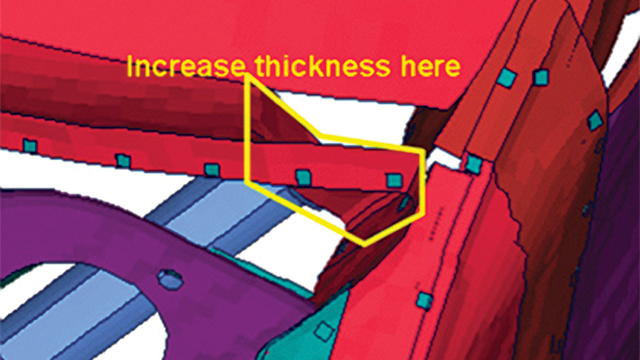 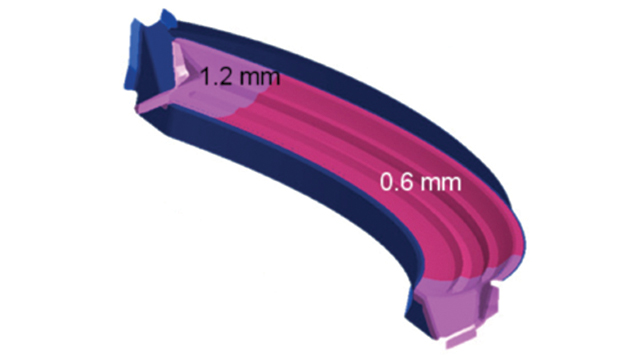 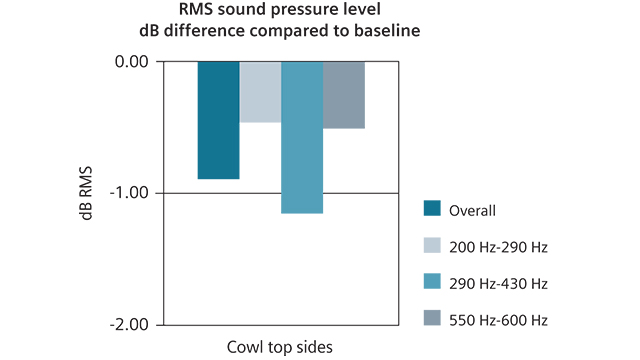 At the beginning of concept design phase, the BIW mass of the EV was over the 190-kg target. However, by the final iteration it had been reduced to 14.6 kg below the target. Importantly, the NVH performance was shown to positively contribute to the concept body design and mass reduction program by enabling engineers to identify and analyze specific areas in which performance was beyond the targets set and mass could be reduced. Simcenter Engineering was able to use CAE simulation software from Siemens PLM Software to simulate design changes as the team worked on them early in the concept design process, meaning that significant design changes could be made to reduce NVH issues without increasing the mass as the design, simulate and analysis activities were carried out in a balanced, iterative loop.