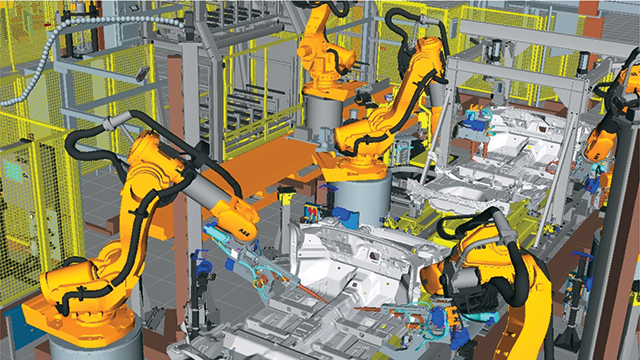 As a company that addresses the premium market, Volvo Cars produces relatively low volumes, compared to companies that focus on mass automotive production. Therefore, as a strategy, the company builds modular and flexible production lines, which can accommodate more than one car model. A senior BiW business analyst in the Volvo Cars Information Technology department notes that the main BiW line in the Gothenburg Torslanda plant supports the V60, V70 and S80 models. This requires complex modeling and rigorous testing of the various welding stations. Without the capabilities of Process Simulate to accurately simulate the various robotics scenarios within the stations, and eventually to download the robot programs to the actual robots, the company was unable to handle the complexity. For example, a main framing station, where the various car panels are welded together the first time to form the car chassis, is already complex. Add the fact that several car models are handled at this same station, the result is a level of complexity the company finds best handled using the Process Simulate software from Siemens PLM Software.

Over the years, Siemens PLM Software added a data management foundation to the simulation data, and this dramatically decreased the time it takes to run the simulations with updated product data. In addition, a typical car program requires the generation of many process documents. Therefore, the company automated engineering document generation using Tecnomatix. Now, documentation generation often takes only 10 percent of the time it used to take. 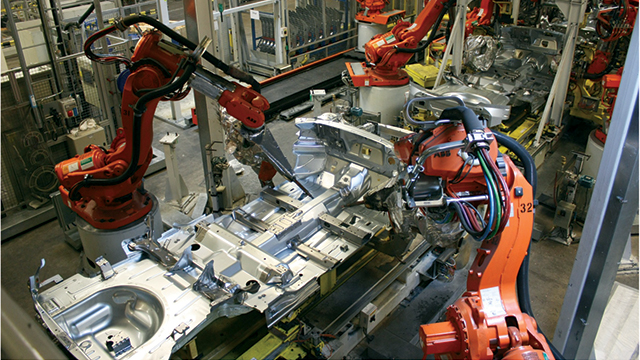 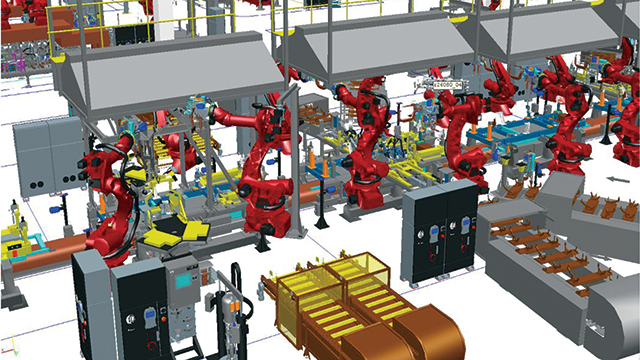 The robotics simulation manager adds that due to the strength and user-friendliness of the Tecnomatix tools, Volvo Cars’ simulation department currently delivers more output and simulates more production concepts, yet compared to its prior method, requires fewer people to do so. In the BiW area, for example, the company supports spot welding, laser welding and gluing processes, with 98 percent of its robots programmed offline, and plans to increase this until it is at about 100 percent. He points out that this is only possible due to the openness of the Tecnomatix tools to support various robot models and the excellent cooperation the engineers have with Siemens PLM Software personnel. 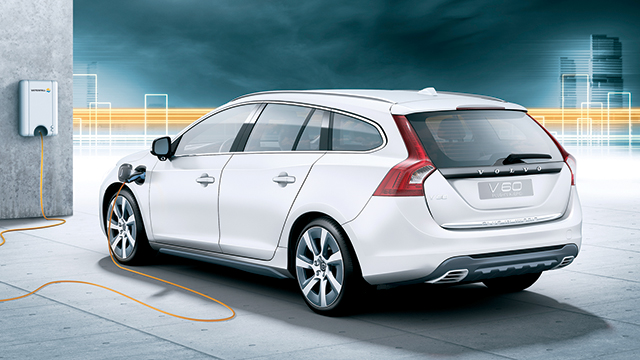 Looking forward, as the company realizes the benefits of using the manufacturing process management capability of Teamcenter and the integrated Process Simulate, it plans to deploy Siemens PLM Software solutions across more manufacturing engineering areas. It is also evaluating additional promising technologies from Siemens PLM Software, such as the virtual commissioning simulation and programming capability, which enables not only robot simulation, but also programmable logic controller simulation within the production line. Another promising area for Volvo Cars is Siemens PLM Software’s enterprise bill-of-process technology, which would enable the company to manage the production knowledge of similar products across plants.