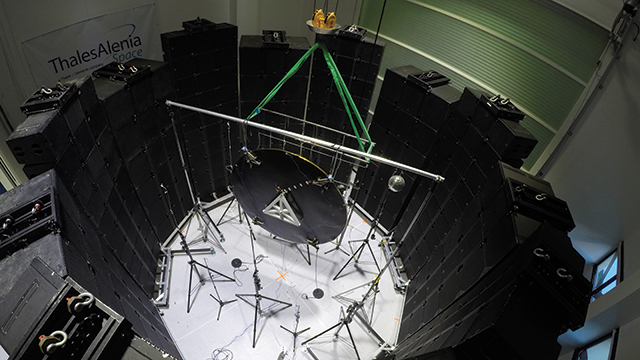 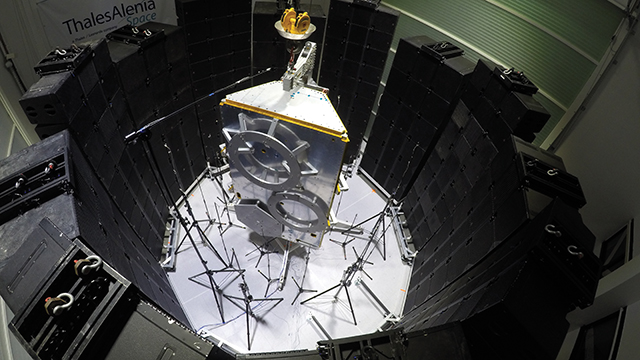 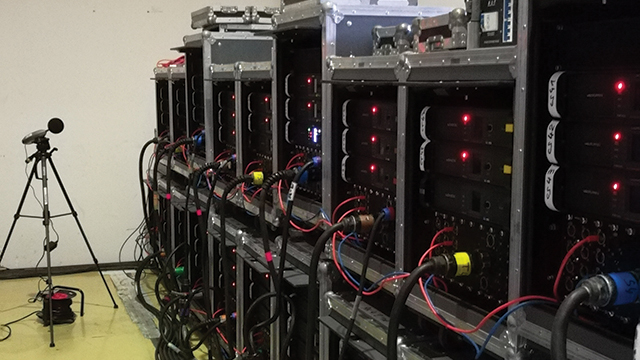 Christophe Fabriès, project leader at Thales Alenia Space explains: “Siemens brings its expertise to solve the complex challenge of generating an homogenous sound field around the test item. The solution uses Simcenter SCADAS hardware fitted with a multiple inputs multiple outputs (MIMO) controller and combined with Simcenter Testlab software. It requires the measure of 16 microphones positioned around the specimen, analyzes their response and corrects drives. The corrected drive values are reinserted in the loudspeakers in order to create an homogenous acoustic field.”