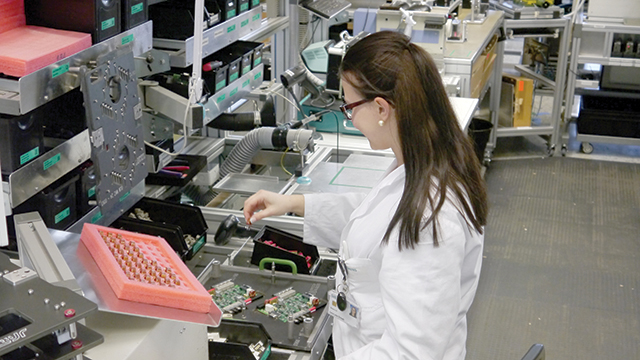 The vision of creating a digital model of the plant by using Plant Simulation was born four years ago after a presentation by colleagues from Siemens PLM Software. As a pilot project for testing the software, Siemens MF-K chose a production line that had reached its capacity limit and was actually due to be replaced. In this production line, through-hole technology (THT) elements are soldered selectively to printed circuit boards that are already fitted with other components. “The difficulty is that different products, each with its own processing time for the individual processing steps, are processed in the production line simultaneously,” explains Bernd Bastian, one of the first Plant Simulation users at Siemens MF-K. 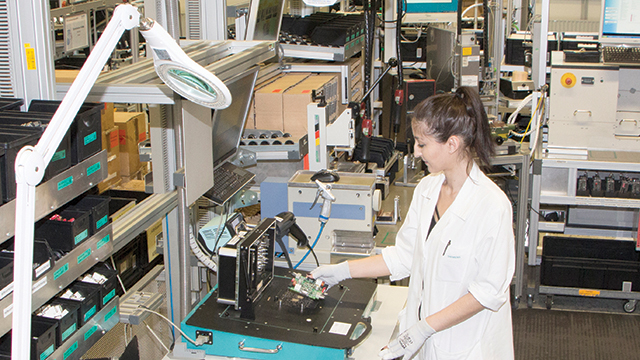