Siemens Industrial Turbomachinery designs and manufactures gas turbines in the 4 to 15 MW range for the oil and gas industry.

We will not only be able to track the progress of each job, but also will know the precise time it takes to do a specific job. This will enable better decision-making around costing. Darren Grimes, Cell Manager Siemens Industrial Turbomachinery

One of the biggest benefits of the new system is a paperless shop floor and reliable information. Darren Grimes, Cell Manager Siemens Industrial Turbomachinery

With the power of a two-liter car engine in a single blade, the gas turbines manufactured by Siemens Industrial Turbomachinery in Lincoln, U.K., are used for the production and processing of oil and gas across the world. The Lincoln site produces core engines with a power output ranging from 5 megawatts (MW) to 15MW, has sold 3,500 engines across 90 countries and has approximately 1,700 units in operation.

To maintain and improve product quality, customer satisfaction and industry competitiveness, Siemens sought to transform internal efficiency and communication through digital control of all operations. “Our vision was for cradle-to-grave lifecycle for our components across new manufacturing and the servicing of existing engines,” comments David Lewis, head of the project management office. “We knew that to achieve this vision we would need to create one single source of data, standardize operational processes and integrate all aspects of the supply chain.”

The company implemented SIMATIC IT Unified Architecture for Discrete Manufacturing (UADM) and Preactor Advanced Planning and Scheduling (APS) from Siemens Digital Industries Software. “We elected for minimal customization to keep costs down, so we had to adapt some of our business processes,” explains Lewis. “This meant that it was even more important to engage employees in the planning.” A multi-layered approach over 18 months involved individuals and teams at all levels in discussions to set expectations, build confidence and develop user training.

Rollout of the pilot project began in October 2018 in the turbine cell that supplies parts to both the new manufacturing business and the service organization. Previously, each job was allocated a time and budget, and this resulted in a manufacturing route detailed on a piece of paper known as a “traveller.” At any time there were hundreds of travellers to manage, and it was important to know the location of each part, its in-process status and the priority attached to it.

Nick Broom, head of service manufacturing, describes some of the issues faced by his team. “We had been constrained by systems that relied on paper, manual input and a range of spreadsheets updated by different individuals and stored in various locations. We therefore spent a huge amount of time establishing the accuracy of any data and were sometimes driven into decision making without really understanding the long-term impact.”

SIMATIC IT UADM and Preactor APS now work together to manage both workflow and workforce. After receiving data from the installed Teamcenter® PLM software, SIMATIC IT UADM produces new work orders that are further enriched with information from the enterprise resource planning (ERP) system. Preactor APS then receives and schedules the new work orders after identifying priorities, routes and constraints of machine settings and employee skills to ensure error-free processing. Operators log on to the new system via a touch screen and can view exactly what they need to work on. Electronic routing removes the need for decision making and ensures that machines, at a typical cost of £2.00 per minute when idle, are utilized effectively. 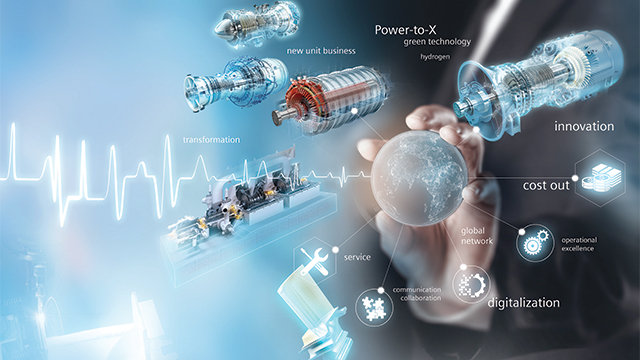 “There used to be a lot of manual intervention relating to travellers, drawings and the submission of completed job tickets,” says Darren Grimes, cell manager. In addition, there were often delays in tracking progress and identifying issues that resulted from tickets not being collected or manually entered into the tracking system the following morning.

“One of the biggest benefits of the new system is a paperless shop floor and reliable information,” continues Grimes. “Digital drawings accessible from SIMATIC IT UADM are always up to date. There is no need to print hard copies; operators can raise fault reports quickly and easily, and because we have real-time data on each job, the sales team will be able to give customers more precise delivery dates."

Reports from SIMATIC IT UADM provide performance indicators such as total parts completed per shift, the number of non-conformance reports and the exact location of batches. Siemens is now working towards logging the actual time it takes for an operator to complete a job. “We will not only be able to track the progress of each job, but also will know the precise time it takes to do a specific job,” Grimes notes. “This information will enable better decision-making around costing.” 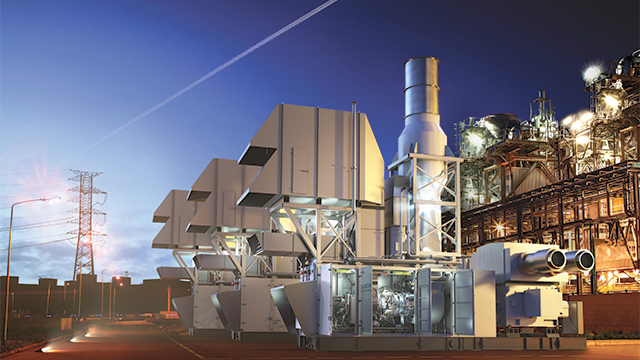 Traceability for quality and speed of delivery

“In the past we had issues with lost parts, missing serial numbers or a part getting processed in the wrong batch,” reports Broom. “This was significant because any discrepancy with serial numbers during a build could lead to a complete engine strip-down at a cost of £10,000.”

Rob Hayes, team leader and operator adds, “We could sometimes get to the end of machining a batch of 100 blades and find that we only had 98, which meant that we had to spend time investigating whether they had been mislaid or deliberately scrapped.” Neil Johnson, team leader and operator, adds, “If a couple of blades later turned up, we’d have to spend time setting up the machine again for that particular operation.”

SIMATIC IT UADM resolves such issues by specifying clear operational tasks at each stage of manufacturing and by applying barcodes to raw materials and components that are sent to the shop floor. When operators scan an item, they see the part reference, order number and batch code, along with relevant operational detail. If an operator scans a blade that does not belong to a batch, the system will immediately raise a notification, and it is easy to track where problems occurred. One new approach is the addition of a dot matrix identity mark on most blades. The mark replaces an operator-inscribed number that had to be added up to five times, sometimes on a very limited surface area. This method was prone to error and could lead to misinterpretation.

The system will eventually extend to suppliers as well, so that potential points of failure are reduced and an estimated yearly loss of up to £500,000 throughout the supply chain can be eliminated. “We expect a five percent increase in efficiency plus a reduction in lead time for new products,” notes Broom. 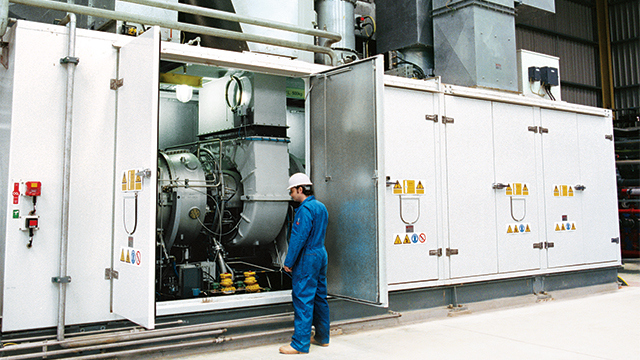 Because Siemens aims to reclaim as much material as possible throughout the repair process, the turbine cell has built up an extensive parts center. This inventory includes a range of casings, stators, rotors, nozzles and burners, some used and some new.

The new system will gradually incorporate all parts, providing complete visibility on existing stock and also tracking any items that are out for repair with suppliers. With more accurate information, the company will be able to maximize re-use, optimize purchasing decisions and release cash flow tied up in inventory. 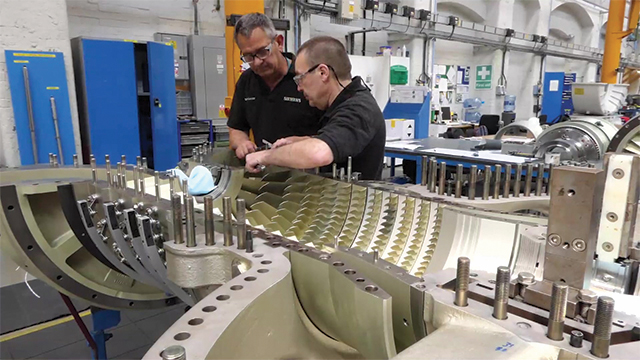 The future is smart manufacturing

Following a three-month pilot in the turbine cell, the rollout moved to a second and third cell and will extend across the factory to other sites and to suppliers. One of the targets for the project was to cut typical lead time for a new build by 50 percent, from 12 to 6 months, and with the new system Siemens can deploy resources to any bottleneck to maintain throughput.

“This project is all about transitioning our business for the future and asking ourselves what we offer our customers in terms of digitalization,” notes Lewis. “We are already gaining visibility on parts and units leaving the business and those coming in. We will eventually have one system for delivering products on time and serving customers. This is a step towards closed-loop manufacturing."

Other Siemens sites, including a sister factory in Sweden, are learning from this implementation project. “This project is a global first because it has an execution and scheduling element combined, and is establishing a blueprint for gas and power industry manufacturing,” concludes Michael Hirst, manufacturing project manager.

We will not only be able to track the progress of each job, but also will know the precise time it takes to do a specific job. This will enable better decision-making around costing. Darren Grimes, Cell Manager Siemens Industrial Turbomachinery