The quality of the support and the versatility of the Siemens suite of industry software made it a clear winner. Maxime Goulet-Bourdon, Test and Launch Lead Reaction Dynamics
HERAUSFORDERUNGEN SCHLÜSSEL ZUM ERFOLG ERGEBNISSE

Reaction Dynamics was founded in 2017 to develop a breakthrough hybrid propulsion launch technology. This technology will allow the company to offer highly cost-effective, reliable and eco-friendly launches. Reaction Dynamics will be launching a suborbital rocket in 2023 and offering small satellite launch services with its Aurora vehicle starting in 2024.

The seamless, frictionless integration of Simcenter 3D with CAD massively speeds up development time. This means we can produce each iteration of our design much quicker, bringing new efficiencies to the product and rapidly improving performance and cost. Bachar Elzein, Founder, Chief Executive Officer and Chief Technology Officer, Reaction Dynamics
Partner Highlight

The quality of the support and the versatility of the Siemens suite of industry software made it a clear winner. Maxime Goulet-Bourdon, Test and Launch Lead Reaction Dynamics

The satellite industry is booming

Space is big business. Jeff Bezos and Richard Branson have recently spent some of their billions launching rockets into the upper reaches of our atmosphere as they try to compete with Elon Musk’s SpaceX, which is already ferrying astronauts to and from the International Space Station. But it’s not only billionaires with their eyes on the stars.

Since the Soviet Union launched the first satellite, Sputnik 1 in 1957, more than 40 countries have followed suit. In fact, almost 9,000 satellites have been launched in the last 60 years. But it has always been prohibitively expensive. As private companies have entered the satellite industry, they have had to hitch rides on large rockets to get their equipment into orbit. And that often means waiting up to two years for one that’s headed on the right trajectory. Advances in electronics miniaturization means that another 9,000 small satellites, weighing less than 500 kilograms (kg), are expected to be launched in the next decade alone. When the demand is so high, waiting years for the right rocket is simply not an option.

A new rocket engine for a new market

In 2017, Bachar Elzein founded Reaction Dynamics (RDX) to address this issue: how to offer a dedicated launch service to small satellite companies, allowing them to get their payloads into orbit within a matter of weeks at an affordable price.

But rockets aren’t cheap so how is RDX going to make it economical to build dedicated ones for small satellites?

The answer is hybrid engines, which is nothing new. The first ones were built in the 1930s but until now they’ve only been able to run at peak performance for a matter of seconds, which is nowhere near long enough to reach orbit. So instead, launch companies have had to use liquid fueled rocket engines. These do the job well, but the engineering is much more complex and thus more expensive.

But RDX has accomplished the difficult task of developing a hybrid rocket engine that solves the issue with the oxidizer-to-fuel ratio to keep the combustion efficiency high enough to get into orbit. Crucially, as the propulsion system is much simpler than traditional rocket engines, manufacturing is significantly cheaper and reliability is higher as there are few parts that can fail.

The use of environmentally safe propellants reduces the carbon footprint, minimizes cleanup demands and allows for safe storage. Additionally, the simplicity means the production process can be scaled rapidly, enabling a speedy, responsive launch service. 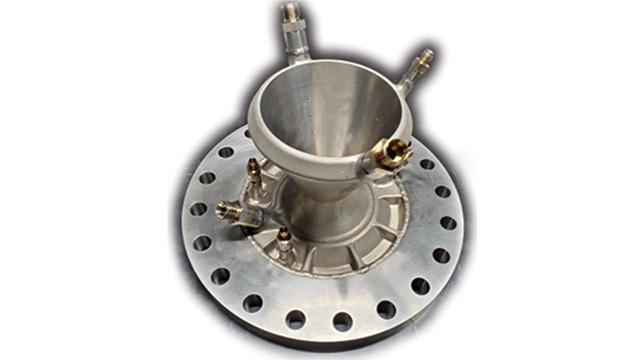 The key to this breakthrough, which could revolutionize the satellite industry, is the ability of Elzein and his engineers to solve the hybrid engine conundrum and provide an effective, economic alternative to liquid-fueled rocket engines. But even the most skilled engineers need the right tools for the job, and that’s why RDX turned to Simcenter™ software, which is part of the Siemens Xcelerator portfolio, the comprehensive and integrated portfolio of software, hardware and services.

“Simcenter allows us to optimize the design topology and space,” says Elzein, who serves as chief executive officer (CEO) and chief technology officer (CTO). “The additive manufacturing process and “The seamless, frictionless integration of Simcenter 3D with CAD massively speeds up development time. This means we can produce each iteration of our design much quicker, bringing new efficiencies to the product and rapidly improving performance and cost.” 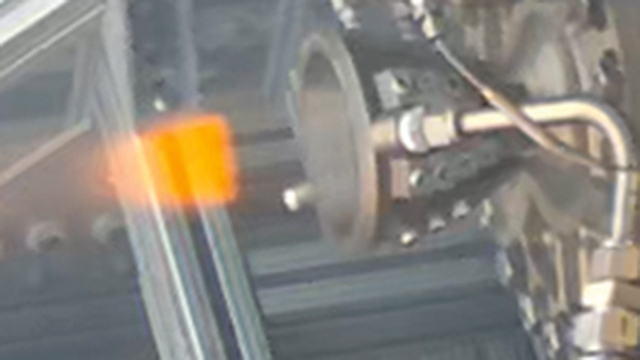 Traditional space manufacturers have tended to maintain a distributed design and manufacturing ecosystem with prime contractors and subcontractors. But to get ahead of the competition, RDX is becoming vertically integrated across all subsystems. Elzein says Simcenter is becoming a key enabler in this aspect: “We use some analysis tools that are incorporated with Simcenter, but to be an efficient, vertically integrated company, we want to have a good understanding of what happens inside our systems to be able to optimize the component design. This requires extensive analysis that is more efficiently done with the range of features available in the Simcenter portfolio. For example, being able to quickly go back and forth between coupled structural-thermal simulations and the additive manufacturing design tools in the same environment saves the team precious time. 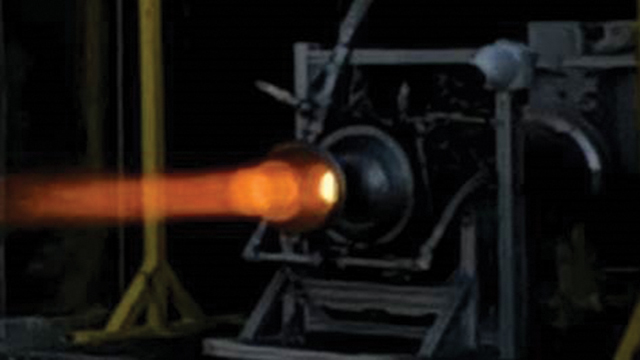 ”Power-to-weight ratio is critical for all spacecraft – the heavier something is, the more power you need to propel it into space. RDX keeps the weight down by using composites rather than metals in some of the key structures, but this brings other challenges. Composites are harder to implement and optimize during the design phase, and are harder to accurately model and analyze.

“The built-in tools in Simcenter specifically tailored for composites enable us to greatly improve our efficiency in performing complex analysis due to the tight design and integration of CAD and CAE and the wide range of options for defining material– or laminate-level properties. The different solvers, such as Simcenter NASTRAN and Simcenter Samcef, give us complete access to any type of analysis that needs to be performed. With this much confidence in the structure, we can comfortably focus on other aspects that enhance the overall capability of the product.”

Although RDX aims to maintain a standard build for its rockets to keep costs down as much as possible, Elzein acknowledges that some customization is required and can indeed be beneficial: “We will adjust the thrust levels depending on the flight profile but keeping a standard design reduces risk as well as cost. When you’ve worked with the same build time and again you can be confident it won’t fail, and by producing the same components you can reduce your overall manufacturing costs. Having said that, some customization on aspects such as the payload adapters and fairings can be beneficial to individual launches. Fortunately, the Simcenter toolset means that when customization is necessary, it can be done with speed and efficiency that enhances our competitive edge.”

To help them get the most out of the Simcenter portfolio, RDX has worked closely with Maya HTT, a Siemens Digital Industries Software solution partner. Maxime Goulet-Bourdon, test and launch lead at RDX, explains their involvement was key to the success of the program: “The quality of the support and the versatility of the Siemens suite of industry software made it a clear winner. We also know that we can count on the team at Maya HTT to guide and help us through the deployment and adaptation of these new and powerful tools, allowing us to get results faster. Maya HTT has been a trusted partner and their solutions enabled Reaction Dynamics to go from idea to reality.” 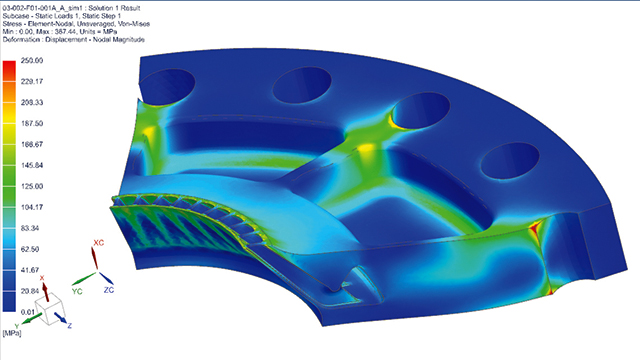 What this means is that RDX will be able to offer a dedicated launch service at a similar price point to a rideshare on a large rocket – about $15,000 per kilogram (kg). The key difference is the customer has complete control over when and where the launch happens. With access to spaceports around the world, RDX can choose the perfect launchpad location depending on the required trajectory for the satellite. As Elzein puts it, “We can offer a taxi service for the same amount you’d pay for a bus. Rather than waiting months or even years for a suitable rocket headed in the right direction, we will be able to put a satellite in orbit within a matter of weeks.”

Elzein also points to the modular structure of Simcenter as being a great help as their development has expanded. “We’re still a young company and this is a new product so we’re adding modules on a monthly basis as our requirements change. Simcenter gives us total flexibility with features and licensing so we always have exactly what we need, which allows our development team to be as effective as possible.”

With commercial launches due to begin soon, the RDX hybrid rocket engines have come a long way in a short time. The future is clearly bright for this developing industry, and thanks to the skill and dedication of his engineering team, it seems even the sky is no limit for Elzein and his team.

The seamless, frictionless integration of Simcenter 3D with CAD massively speeds up development time. This means we can produce each iteration of our design much quicker, bringing new efficiencies to the product and rapidly improving performance and cost. Bachar Elzein, Founder, Chief Executive Officer and Chief Technology Officer, Reaction Dynamics