We invested in NX and Imageware software to meet the increasing demand for digitizing high quality designs and CAD models. With the Katholieke Universiteit Leuven, we reached the conclusion that these Siemens PLM Software products offer the best value for the money. Geert Creemers, Founder and Manager Argon Measuring Solutions
PROBLÉMY KLÍČE K ÚSPĚCHU VÝSLEDKY

We invested in NX and Imageware software to meet the increasing demand for digitizing high quality designs and CAD models. With the Katholieke Universiteit Leuven, we reached the conclusion that these Siemens PLM Software products offer the best value for the money. Geert Creemers, Founder and Manager Argon Measuring Solutions

The story of Argon Measuring Solutions is about making the most of opportunities. In 2004, Geert Creemers discovered a niche market. There was a need for 3D product measurements; there was measuring instrumentation for sale; however, there were no service providers capable of offering customers an efficient package of measuring solutions.

Creemers, founder and manager of Argon Measuring Solutions, initiated his business in close cooperation with a local supplier of 3D measuring instruments. Soon there was a broader demand, which led to key investments in multiple 3D scanning and measuring technologies. The rest is part of a very successful company profile, which includes active services across exceptionally diverse markets: automotive, aviation, energy, machine engineering and others. Creemers explains the demand for services: “There are various reasons why companies want to perform 3D measurements on products or machines. The main reasons are performing quality inspections, digitizing existing designs, adjusting machines and installations, plus conducting movement and deformation analyses.” 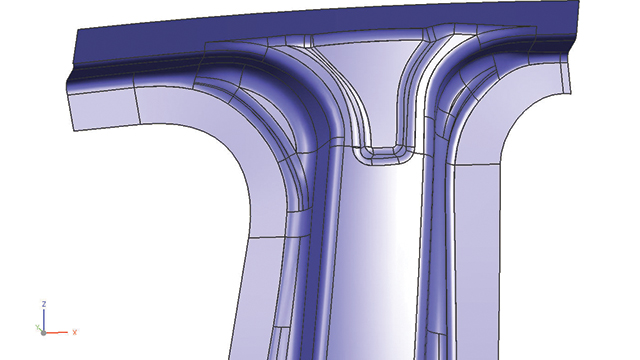 Quality control is a traditional market for 3D measurements. Creemers predicts that further emphasis will be put on it. The dimensional quality requirements for products and production processes are becoming even stricter. At the beginning, Argon was asked to deliver one-off jobs, but now there are not only increasingly more contracts, but longer-term ones as well.

“Companies hire us to provide expertise and a wide selection of measuring technologies,” says Creemers. “We see that outsourcing of quality measurements is increasing and that there is growing demand for support in setting up quality checks.”

It is especially during start up of new product lines that companies require more highly specialized dimensional know-how. “As a result,” continues Creemers, “we have for instance helped an international customer correct their measuring protocol during start-up of a new serial production line. The problem was that components from the different factories each were approved individually. The issue was in the way quality control was conducted, as it was not directed at the later assembly stage. Argon gladly plays the role of a 3D detective to identify the causes of this kind of quality issue.” 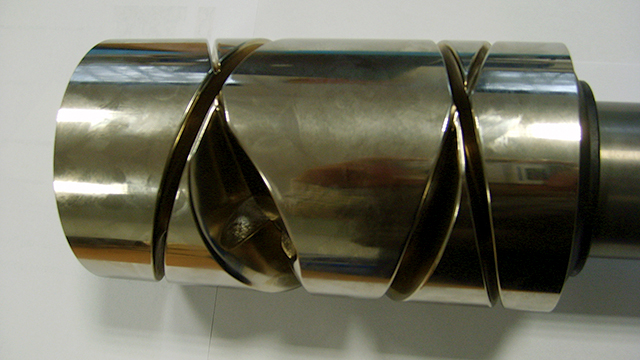 Argon also plays an investigative role in those situations where production machines do not deliver the product quality expected. “This often manifests itself through relatively high reject percentages,” explains Creemers. “We examine in great detail the geometrical integrity of the parts themselves and their alignment with respect to each other in the process. Here it can be the case that deviations from the alignment reach hundredths of millimeters. We can also rapidly compare the adjustments of two similar machines to determine whether there are differences in the alignment. We have solved many a seemingly insoluble problem in this way.” 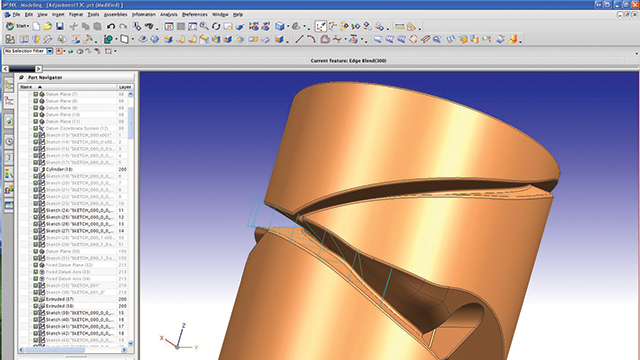 Argon was increasingly faced with the demand for workable 3D CAD models of products. There are a number of reasons why companies do not have the original CAD model. Sometimes the original designer does not want to make the data available; it is an old product for which there aren’t any models; or the original manufacturer no longer exists. The size of the products can vary from a few millimeters up to dozens of meters, while precision of the measurement can lie within the micrometer range.

“Whatever the case, it is important to create a new high-quality design,” states Creemers. “We invested in NX™ and Imageware software to meet the increasing demand for digitizing high-quality designs and CAD models. With the Katholieke Universiteit Leuven, we reached the conclusion that these Siemens PLM Software products offer the best value for the money. The feat achieved by the company Melotte, one of our Flemish customers, perfectly illustrates this.”

Using a new production technique, the company had planned to produce a geometrically complex drum that is used to wind yarn on a bobbin (cop of yarn). Thousands of these drums are used every year in the textile industry, especially in China, where the drums that divide the yarn over the bobbin are also largely produced. The rotation speed of these drums is in the region of 3,000 revolutions per minute.

“The company was not quite sure how to obtain the complex shape in a CAD system to start redesigning,” says Creemers. “They stood to invest tens of thousands of Euros themselves in a measuring system, when we came in contact. The undercut shape soon appeared so complex that several measuring techniques were necessary to obtain a good model. If the company had done everything itself, the costs would have been astronomical, without mentioning even the time necessary to acquire the expertise.”

“First of all,” notes Creemers, “we set out the critical geometry in NX. These are the edges which must ensure that the yarn is guided. Afterwards we parameterized the model and, in consultation with the customer, we adapted it so it could be produced with die casting techniques. In three weeks we managed to deliver a new, production-ready model for which six months had originally been earmarked.” Creemers notes that the real success is for the customer that succeeded in becoming a leading industry player with a product mass-produced in Belgium (versus producing in China) – a real manufacturing coup.

The quality of reverse engineering and surface design software is really put to the test when Class A surfaces must be obtained. Creemers notes that this applies particularly to cars. Recently his firm was engaged to adapt the geometry of a luxury car. He explains, “The customer specializes in armored cars. As a component of the conversion, the roof was also raised, which meant that the B pillar had to be extended. And because the car manufacturer does not provide any data, we measured the B pillar onsite and extended the pillar on that basis. The surface had to remain compliant with Class A quality standards. The end-customers do not accept any drop in quality levels due to the conversion. In this project we noticed how important it was to have a design system with a qualitatively high styling functionality. With NX we rapidly and effectively reached our goal.”

Even if the geometric shapes are less complex, reverse engineering is an excellent way to rapidly implement changes to designs. Creemers cites a specific case: “We had had the problem of tablets of detergent getting damaged during production. During the production process, the tablets are transported via a slideway and this is where they get damaged.”

Argon measured the slideway in the factory, and then modeled it in NX. The lateral forces were identified with CAE in order to pinpoint the cause of the damage. “The cause was that the slideways were bent manually and that caused, in some places, so much pressure on the tablets that they were destroyed. We remodeled the slideway in NX within the context of the existing machine. A gradual force path was taken into account. The result is a huge leap in the quality level – there are no more rejects due to damage.”

Argon has a whole series of projects currently underway in which reverse engineering with Imageware and NX are being applied to achieve new designs and significant improvements in quality. “Reverse engineering offers customers a cost-effective way to solve problems,” notes Creemers. “Imageware and NX are the perfect applications to achieve this. The software knows practically no bounds, especially not in surface design.”