All of the elements that control our high-speed milling machine are completely Siemens, including the kinematics simulation of this machine. Patrick Peyramaure, President A3D Design
PROBLÉMY KLÍČE K ÚSPĚCHU VÝSLEDKY

All of the elements that control our high-speed milling machine are completely Siemens, including the kinematics simulation of this machine. Patrick Peyramaure, President A3D Design

Product design is A3D Design’s business. Based near Limoges, France, the industrial design firm was founded in 1984 by Patrick Peyramaure, the company president. He had just finished his studies at the Ecole Boulle, an advanced public school of fine arts/crafts and applied arts in Paris, when he started the company. Over time, A3D Design’s projects evolved from creating models to designing prototypes and even making small production runs for prestigious customers, such as De Beers, CYTEC, Compin, Dior, EADS Composites Aquitaine, Kreon, Legrand, Thalès, Total Hutchinson, Valeo Éclairage, and more.

What do these companies have in common? “Demand for machined models, which is our company’s area of expertise,” notes Peyramaure. “We are known as experts in conducting studies, designing and implementing very diverse systems, a sort of ‘Jack of all trades’ within the framework of projects, assisting these companies’ research and development projects.”

Peyramaure explains, “Our major concern has always been reducing costs and increasing productivity. I wanted to deliver our expertise without doing away with traditional methods, the designer’s rough renderings and other manual sketches, while also adopting a perfectly integrated high-performance product development solution. Doing so would provide a single 3D database for all design work, including the computer-generated image the designer wants, right up to programming the numerical control (NC) machines.

“The integrated NX solution, from creating the synthesis image to running numerical control machines, gives us the ability to rapidly change the models we are developing without any problem – even during a project meeting with a customer.”

“It was installed in our workshop mid-2011,” says Peyramaure. “The fact that the German manufacturer, Berthold Hermle AG, also has about fifty stations equipped with NX, their chosen software, also had an impact on our decision. We are completely Siemens. All of the elements that control our high-speed milling machine are completely Siemens, including the kinematics simulation of this machine.” 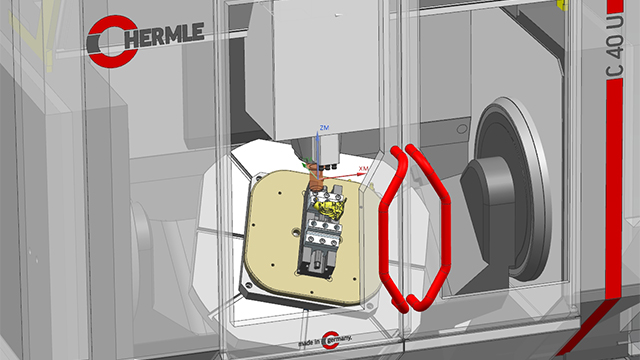 Imagine that a potential customer comes to the A3D Design office to discuss a project, which is being planned before a future industrial offering. “Most of the time at this preliminary stage, this potential customer has not yet written any specifications,” notes Peyramaure.

Starting with the general lines of the project, such as weight, size or temperature-reaction resistance constraints, and considering the partner relationship background with the customer, a quick preliminary study is started by A3D Design using NX CAD. The goal is to identify all the ins and outs of the project, discuss their merit and deliver a technical proposal based on 3D models and synthesis images from which it will then be possible to write specifications.

“In fact, it’s the preliminary design study from an engineering office that enables showing the first visual concepts,” says Peyramaure. “We can then start negotiations about production costs in order to finalize the study.”

During the refocusing stage that follows and based on these preliminary elements, the customer begins to imagine what the product will be. Within A3D Design, the toolpaths are determined using NX CAM. Collisions and machining kinematics are then validated in real time with the ISV software of NX CAM.

“We are then able to define the project’s cost, determine the real time for exact duration of the study, and present an overall design offer with production of a basic model, prototype or specimen,” says Peyramaure. “Part assembly follows. A functioning prototype can be delivered to the customer that integrates the accompanying electronic system in order to visualize the project completely.”

High-speed machining enables manufacturing of the aluminum parts in a very short time by programming very precise passes (up to 0.5 micrometer crest heights) and reaching the super finishing needed, for example, for an automobile headlight reflector, which can later be assembled without machining.

Peyramaure adds, “Of course, we can machine other materials, including thermoplastic parts in PMMA, metals such as steel or titanium, parts molded using vacuum compaction of composites reinforced with carbon fibers, and even wood for making luxury jewelry boxes.” 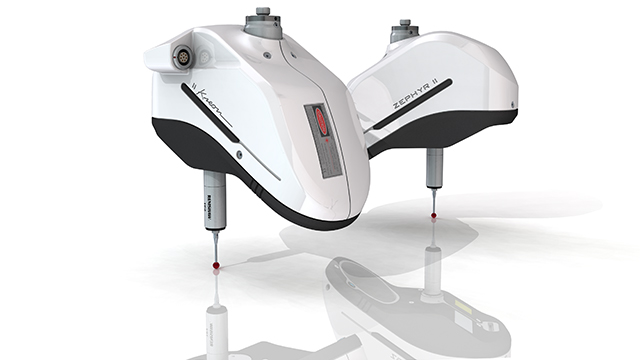 A3D Design was even able to replace a defective silent block, a part which absorbs shocks and vibrations, on one of the workshop’s 5-axis machines. Peyramaure explains, “Because our supplier was out of stock, there was a delivery delay of three weeks for the part. It was unthinkable to stop our machining for three weeks. So, I designed a 4-cavity mold. It was 5 p.m. At 8 p.m. the mold was machined. The next morning at 8 a.m., an ester-based polyurethane elastomer was heat-injected, and by noon, our machine was working again.”

A3D Design is not yet using NX CAE. When necessary, if the customer requires structural calculations, these are subcontracted to companies specializing in this field. “Later, we are going to integrate this capability,” says Peyramaure, who is also envisioning the acquisition of a new, large-format, high-speed milling machine, so they will be able to produce bigger, high-precision parts very rapidly.

Ultimately, with the help of NX, the company is winning new business. Peyramaure concludes, “Without NX, we simply could not work anymore.” 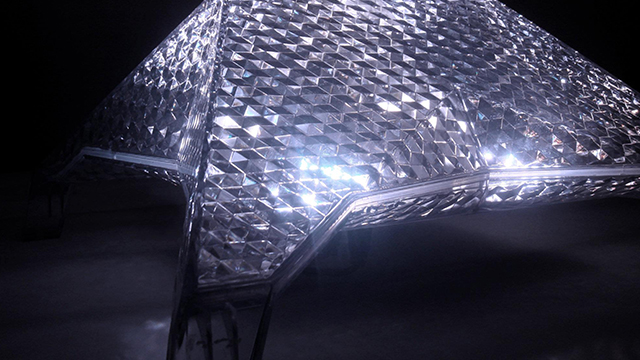